An Iranian defector, Saeid Mollaei, is being highlighted after proudly standing on the podium as a silver medalist in Judo in the Tokyo 2020 Olympics. But not for winning Iran the silver medal. Instead, Saeid Mollaei was forced to defect from Iran and claim Mongolia as his adopted country.

Mollaei won the silver medal after losing to Japan’s Takanori Nagase on July 27. It wasn’t his match that sparked media attention but rather the reason behind his defection.

According to the International Judo Federation, Mollaei left Iran two years ago after he was forced to leave a competition where he would have to face Israeli Judo champion Sagi Muki.

At the time, Mollaei told the International Judo Federation, “I could have been the world champion. I’ve been training hard, making lots of efforts. Today, I fought and won against an Olympic champion, an Olympics bronze-medalist, and other opponents. I beat all of them. I even dreamed of the championship title today. But that was not my fate: I could not compete because of the law in my country and because I was scared of consequences for my family and myself.”

Mollaei said that International Judo Federation President Marius Vizer “guaranteed” that Mollaei could continue to compete. He said, “I am an athlete, not a politician nor been ever involved in politics.”

Saeid Mollaei reportedly trained for the Tokyo 2020 Olympics in Israel with his now friend Sagi Muki. The Jerusalem Post reported that after his silver medal win, Mollaei said, “Thank you to Israel for all the good energy. This medal is dedicated to you as well, and I hope Israelis is [sic]happy with this victory today.”

Two individuals, one from Iran one from Israel, decided to remind people via video, the Olympics should not be political, and that they could all be “friends.”

Israeli athletes next to Iranian athletes in the Olympics. 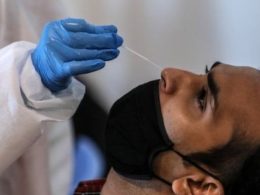 Starting on December 9, anyone aged 3-11 years old must show proof of vaccination, or a negative covid… 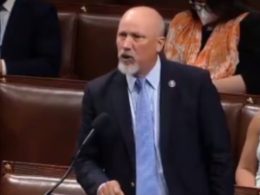 Rep. Chip Roy EXPLODES About Mask Mandates; “Which Is It, Vaccines Or Masks?” [VIDEO]

“We have a crisis at our border, and we’re playing footsie with mask mandates in the People’s house.”… 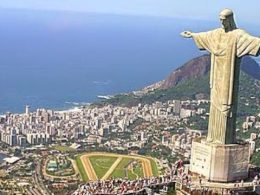 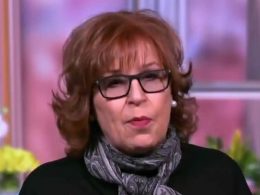 Joy Behar, one of the leftist co-hosts of ABC’s “The View,” repeated the lie Monday that antifa is…
Total
0
Share