Japan halted the use of approximately 1.63 million doses of Moderna’s COVID-19 vaccine due to contamination complaints in the vials. Reuters reports that no safety or efficacy issues had been detected, according to Japanese officials and Moderna.

The suspension is only a precaution, but the move prompted numerous Japanese companies to postpone scheduled staff vaccination and started a probe by the European drugs regulator.

The vaccine manufacturer issued a statement saying, “Moderna confirms having been notified of cases of particulate matter being seen in drug product vials of its COVID-19 vaccine. The company is investigating the reports and remains committed to working expeditiously with its partner, Takeda, and regulators to address this.” A Japanese Health Ministry Official said that Takeda first learned of the contaminated vials on August 16 and reported the problem to the government on August 25. Takeda required time to gather information on which vials were affected and where they were in the country.

Moderna said that the contamination could be the result of a manufacturing failure on the part of the company’s contractor in Spain. The European Medicines Agency (EMA) said it was looking into the contamination and determining if there was any impact on European vaccine supplies. In a statement to Reuters, they said, “EMA is investigating the matter and has requested the marketing authorization holder to provide information on any potential impact on batches supplied to the EU in addition to details on the ongoing root cause investigation.”

Two other batches were held back out of caution because they were processed immediately before and after the contaminated batch. They were only intended for distribution in Japan, according to a Moderna spokesperson. Rovi, a Spanish pharmaceutical business that “fills and finishes” Moderna vaccines for countries other than the United States, said it is looking into the possibility of contamination of Moderna vaccine doses. However, he says that the problem appears only to be affecting a few batches intended for Japan.

Japanese Prime Minister Yoshihide Suga said that the contaminated doses would not have a significant impact on the country’s vaccination efforts, telling The Japan Times, “I’ve received a report from the health ministry saying that it will not have a big impact. I have instructed the health ministry that safety is the top priority.”

Japan has provided approximately 122 million Covid-19 vaccination doses, according to the Johns Hopkins University Covid-19 tracker, and around 43% of the population has been fully immunized. 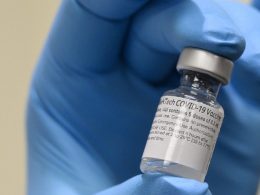 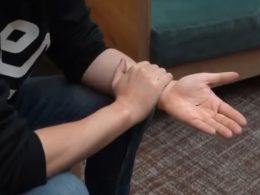 There are many reasons one might want to apologize to their conspiracy theorist friends, and one more has… 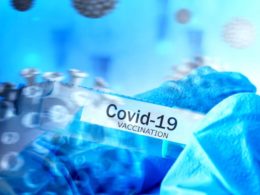 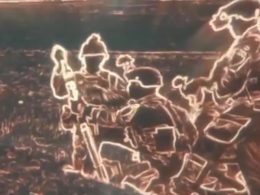 Welcome to the future of nighttime ground combat. The U.S. Army this week on social media shared images…
Total
0
Share