Amazon founder Jeff Bezos recently donated $100 million to former President Barack Obama’s foundation. It is the largest single donation it has ever received. According to the Obama Foundation, Bezos has requested that the plaza at Obama’s presidential center in Chicago be renamed in honor of former Congressman and civil rights campaigner John R. Lewis as part of the contribution. The foundation’s CEO and a former top advisor to Obama, Valerie Jarrett, stated that the foundation was “thrilled” by the proposal.

Puck News first reported the contribution and said Jay Carney facilitated the transaction. Carney is a former Obama press secretary who is now Amazon’s public policy and public relations director. However, Bezos and Obama also spoke directly and have seen each other socially several times this year.

Although vague on details, the foundation said the money would be spent on “the next generation of emerging leaders… the necessary tools, resources, and training needed to be the change they want to see in the world, just as Congressman Lewis did.”

In a statement released by the foundation, Bezos claimed:

“Freedom fighters deserve a special place in the pantheon of heroes, and I can’t think of a more fitting person to honor with this gift than John Lewis, a great American leader and a man of extraordinary decency and courage.”

He continued saying that he is “thrilled to support President and Mrs. Obama and their Foundation in its mission to train and inspire tomorrow’s leaders.”

Bezos’ friendship with Obama comes when Amazon is at odds with the Biden administration over antitrust concerns.

Lina Khan, the Federal Trade Commission’s (FTC) chief nominated by Biden, has a lengthy history of criticizing Amazon for what she claims are anti-competitive tactics and is allegedly investigating the company’s $8.5 billion acquisition of movie studio MGM.

Amazon asked Khan to recuse herself from any FTC inquiries of the corporation in June, citing her previous condemnations of the company.

Amazon is also attempting to ward off lawmakers in Congress. They are trying to take on Big Tech by introducing legislation prohibiting Amazon from favoring its own items in search results and possibly splitting up the business entirely.

Separately, Bezos donated $166 million to NYU Langone Health, a medical facility associated with New York University, to help “the Family Health Centers at NYU Langone to build on their achievements, and the strengths of these diverse communities, and create a dynamic model for community-wide health improvement in Sunset Park that will address social determinants of health and key drivers of health inequities.”

Last year, he committed to allocating $10 billion by 2030 to fight climate change through his Bezos Earth Fund. 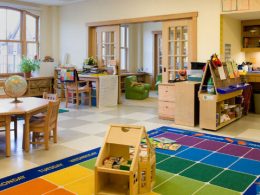 Record-breaking numbers of students in the Indiana public school system are leaving to pursue other educational options. According… 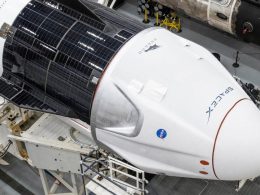 The Department of Justice is putting “America last” by investigating a U.S. company because a foreign job applicant… 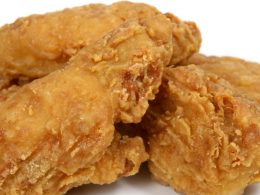 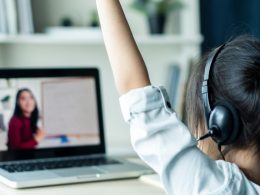 34,000 Los Angeles Students Will Be Forced Into Virtual Learning For Not Complying with the Districts Vaccine Mandate