Kwame Brown Slams All The Haters, Including CNN And BLM

WARNING: Some language in this article and videos below may not be suitable for all audiences.

Kwame Brown, the former first overall pick in the 2001 NBA Draft, is back in the major news headlines, but not the way many expected.

Kwame Brown is remembered for being one of the biggest high school phenomenons since the late Kobe Bryant. The high school star was drafted first overall pick to the Washington Wizards under team president Michael Jordan. Brown struggled to live up to his potential and bounced around from team to team.

Many will remember Stephen A Smith’s famous rant on ESPN criticizing Brown’s poor play, calling him a “bonafide scrub” after the Lakers traded Brown to Memphis for Pau Gasol in 2007.

Despite the criticism, Brown stayed in the league for 12 seasons, finishing his career with an average of 6.6 points and 5.5 rebounds per game. In addition, Brown made roughly $65 million during his lengthy career.

Now Brown has found himself back in the headlines again and may have even found a new fanbase after calling out the hypocrisy of so-called BLM social justice warriors and even some white liberals.

Kwame Brown’s name resurfaced after an online feud started when he was referenced on an episode of the “All The Smoke” podcast hosted by retired NBA players Matt Barnes and Stephen Jackson, guest-starring Gilbert Arenas. Jackson and Brown were teammates during the Bobcats’ 2010-11 season.

Brown’s teammate Gilbert Arenas called Brown a “show pony” and a “man-child” whose confidence was crushed by Michael Jordan’s tough coaching while he played for the Wizards. He continued his rant by saying that Brown had become a lost hope in life and never entirely played up to his potential.

Shortly after, Brown took to YouTube in response to Barnes, Jackson, Smith, and more critics who’ve spoken negatively about him throughout his career and continue to use him as a negative talking point.

In Brown’s hour-long video, he pointed out the hypocrisy of the situation. He also alluded to the fact that the same group of guys supporting BLM will also tear down a successful black man just because he didn’t shoot a basketball as well as they wanted.

“You take your platform and talk about stupid sh** – that’s why they give you a platform, to be a f****n’ idiot – and when’s the last time you Black Live Matter punk a** n****s talked about someone white? Every podcast, they talking about black males. Someone’s paying them to do that,” said Brown.

He continued slamming the group, effectively labeling Jackson a fake gangster turned fake social justice warrior, Barnes a tragic mulatto, and Arenas an Uncle Tom who perpetrated the bust narrative by being a horrible teammate in Washington.

Brown has always been vocal about destroying the false mainstream narratives that modern-day society expects all black people to abide by.

In addition to calling out his NBA peers, he also destroyed the liberal media for discrediting conservative speaker Candace Owens for having her own political opinion and not cowering to the work mob.

“I also noticed that when you’re black and a woman and you say something different than the go-along-get-along gang , it seems that your privilege(to speak) gets a little weakened, “Brown explained.

“Now somebody can correct me if I’m wrong but that’s just what it seems like to me . Because if you don’t like the person , you seem to not let them talk , so we’re not having any more healthy dialogue.” Brown said.

Since then, Brown’s most vocal critics have been on an apology tour, as it seems that their choice of words has consequences. Even “The Breakfast Club” host Charlamagne Tha God named himself “donkey of the day” and apologized for his irrelevant and unnecessary comments towards Brown.

This is a classic case of what happens when you don’t think before you act, even if the results of your actions are not intentional.

Brown is actively posting on social media, including Instagram and YouTube, about the situation and continues to call out critics from his past and present day. He is now happily retired in his 30’s and can see that he’s achieved the American dream. As his platform grows, many people will be interested and waiting to hear more of his take.

Before the 2020 election, he defended Donald Trump, saying black people were “brainwashed.

He made his own toilet paper during the 2020 TP chaos:

He slammed CNN and other media companies for nearly two hours 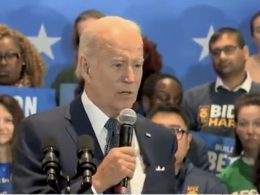 The city will not be shutting the Wollman and Lasker ice skating rinks. This decision reverses that from… 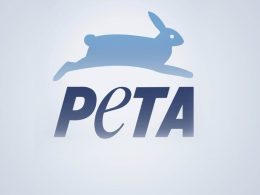 President Joe Biden chose to rehome his dog Major and replace him with a new puppy, angering the… 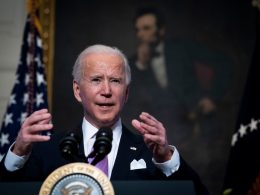