It’s not often we see so many countries come together for a common purpose everyone can support. Today, the citizens of Germany, the Netherlands, Sweden, Australia, the United States, and Canada can be proud of their nations, if only for a moment.

These six countries, led by the German Federal Criminal Police (Bundeskriminalamt), and Europol, came together and successfully shut down a dark website for child pornography, arresting four German nationals.

The site known as “Boystown” had been operating since at least 2019. It is known as the largest, most prolific child sexual abuse platform on the dark web. Inaccessible via traditional search engines, the dark web requires certain software or authorization to access. Europol estimates around 400,000 users were registered on the site when they shut it down.

Three of the men arrested are accused of running the pedophile network while also providing technical support and advice on how to avoid detection by authorities. They are a 40-year-old man from Paderborn, another from the Munich area, 49, and a third man from north Germany, 58, who resides in Paraguay. German officials have requested the 58-year-old’s extradition, as he has been detained under an international arrest warrant in Paraguay’s Concepción region.  The fourth man arrested, a 64-year-old from Hamburg, is reportedly the site’s biggest user, contributing over 3,500 posts. German privacy regulations (4) protect the names of all of the men.

Authorities also took advantage of the opportunity to shut down several other similar chat sites, though they have yet to release the names. Seven raids were made in total.

Europol has been compiling intelligence packages from video and image data collected during raids like this one. They expect more arrests and rescues to be made globally, as police forces all over the globe gain access and examine these packages.

German Interior Minister Horst Seehofer commented, (4) “This investigative success has a clear message: Those who assault the weakest aren’t safe anywhere. That’s what investigators work for day and night, online and offline, globally. We’ll do everything within our power to protect the kids from these disgusting crimes.”

Riiver Nihil, The Tatum Report
Riiver Nihil is a born and raised American who values real freedom and the American Constitution. She loves to inspire and empower others to always question the mainstream narrative, think for themselves and stand up for their American and God-given rights.
China Makes it Rain with Space Trash
Biden Raises Limit on Refugee Admissions
Bill Gate is the Newest Billionaire Bachelor
Largest Child Sexual Abuse Website Busted
Officers Replace Stolen Tractor Toy for 4-Year-Old Boy
See more...
Advertisement

On Monday, Pfizer, one of the companies that are a part of President Trump’s Operation Warp Speed, has released its revenue earnings for the first quarter of 2021. According to Pfizer, their […] 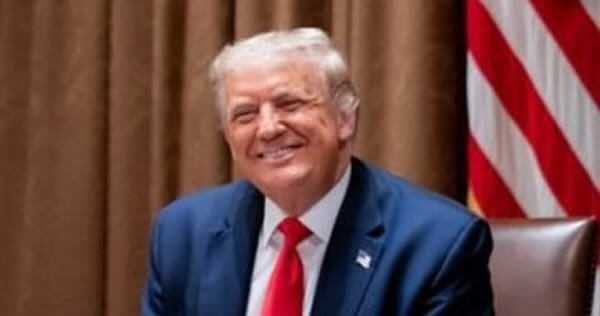 President Donald J. Trump launched a new social media platform last night, one day ahead of Facebook’s Oversight Board meeting, which upheld the ban on Facebook and Instagram. On Tuesday, […]