Travis Scott, Drake, Apple, Live Nation, and others are named in a lawsuit seeking $750 million in the wake of the Astroworld crowd-crush disaster in Houston. Tony Buzbee filed the lawsuit on behalf of 125 victims, including the family of 21-year-old Axel Acosta, one of the ten people killed at the event that left hundreds of others injured.

Additionally, Scott’s record company Epic, his Cactus Jack label, and the Harris County Sports & Convention Corp., which manages NRG Park, are all named in the claim.

The suit claims that in the afternoon, “large groups presumably comprised of ‘sickos’ [Scott fans] outnumber the requested number of police and are already rushing the gates and dismantling barricades. Police begin discussing the possibility of shutting down lots and entrances to try and control access to the event.” It continues, “When Axel collapsed, he was trampled by those fighting to prevent themselves from being crushed. As he lay there under a mass of humanity, dying, the music played and streamed on—for almost forty minutes.”

Shortly after 9:30 pm, the Houston Fire Department declared a mass casualty event. Still, the show reportedly continued for about 40 minutes.

“These Defendants continued to perform, despite accounts that lifeless bodies being passed through the crowd in full view of the stage.”

Buzbee also contends in the suit that “When [Drake] accepted [Scott’s] invitation to perform at Astroworld 2021, [Drake] was well aware of the damage [Scott] had caused at his shows in the past. [Drake] was also well aware of the anticipated size and volatility of the crowd, and the likelihood of incitement.”

He cited several cases of rowdy behavior at Scott’s shows in the past, including misdemeanor charges against Scott for incidents in 2015 and 2017.

A representative for Scott told the LA Times, “Travis Scott and his team have been actively exploring routes of connection with each and every family affected by the tragedy through the appropriate liaisons. He is distraught by the situation and desperately wishes to share his condolences and provide aid to them as soon as possible, but wants to remain respectful of each family’s wishes on how they’d best like to be connected.”

Dozens of other lawsuits have been filed on behalf of victims of the tragedy. Attorney Ben Crump has filed suit on behalf of the family of Ezra Blount, a 9-year-old who was one of the festival’s ten victims. The family of Manuel Souza claimed that Scott and Live Nation put profit over the health and safety of fans.

Maria D. Peña, mother of victim Rudy Peña alleges in her complaint that the Defendants are liable for her son’s death and should have known that the conditions were unsafe.

A criminal investigation into the incident is also underway. 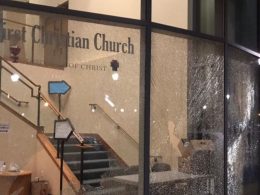 A church in Portland, Oregon, that was recently vandalized will struggle to provide meals to the local homeless…
byEric Butler 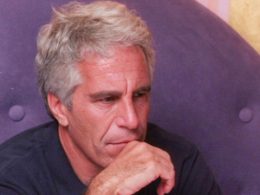 Follow Riiver Nihil and Tatum Report on Instagram It’s hard to believe that the most secure federal prison,…
byEric Butler 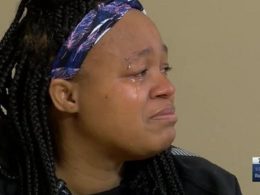 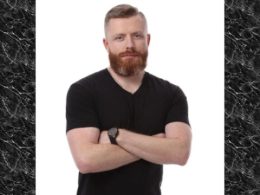 Rogan O’Handley, a.k.a ‘D.C. Draino,’ announced that his lawyers from the Center for American Liberty and the Dhillon…
byEric Butler
Total
0
Share