Throughout the campaign season, the anti-Trump Lincoln Project — composed of conservative political operatives who opposed the president — banged the drum loudly on his character.

In one of its viral videos, the Lincoln Project called the president “a horrible role model for our children and an embarrassing ambassador for democracy throughout the world.”

In the video, a student has to write a paper about “what I want to be when I grow up.”

Well, guess who she wants to be? Joe Biden, it turns out.

Political ads aren’t known for a surfeit of subtlety or political nuance, but even by that standard, the Lincoln Project’s “Trump Bad, Biden Good” fare was laughable. Part of the appeal, however, was the constant appeal to character.

Not only were they attacking Trump’s character, they were attesting to their own. Character, they stressed. They were people who insisted they were qualified to judge the president.

And not just the president. Stuart Stevens, a member of the Lincoln Project, tweeted that they were “constructing a database of Trump officials & staff that will detail their roles in the Trump administration & track where they are now. No personal info, only professional. But they will be held accountable & not allowed to pretend they were not involved.”

At @ProjectLincoln we are constructing a database of Trump officials & staff that will detail their roles in the Trump administration & track where they are now. No personal info, only professional. But they will be held accountable & not allowed to pretend they were not involved https://t.co/DkpxpaWaWB

In response, conservative writer Ryan Girdusky tweeted that the Lincoln Project might be due for some accountability itself:

Maybe I should start talking about one of the founding members of the Lincoln Project offering jobs to young men in exchange for sex… his wife is probably interested https://t.co/vAtUS9aPPl

Girdusky tweeted that a “member followed me on twitter briefly and a few young men started sending me screenshots and telling what happened to them,” adding that it constituted grooming and that he wanted to get the accusers’ permission before sharing the story.

He got it, apparently.

On Monday, The American Conservative published a piece by Girdusky in which he shared screenshots that Lincoln Project co-founder John Weaver — a former adviser for John McCain, John Kasich and Jon Huntsman — had been accused of inappropriately propositioning young men for sex via text message, often with promises of employment.

The first anonymous accuser, Girdusky said, “told me he was in communication with several young men solicited by Weaver for a job, after which he propositioned them for sex as part of the offer. He shared direct messages with me of both young men, one of whom had been ‘strung along for days about a possible job,’ and when they met at his hotel, Weaver demanded they engage in sexual intercourse. They did, it was consensual, but Weaver never made good on the job offer.

“Another other young man, who will remain anonymous, spoke to me and a journalist to whom I passed the story along. In his messages with Weaver, this young man said that Weaver reached out to him with the promise of a job opportunity. He told Weaver would condescendingly call him ‘my boy.'”

Weaver, 61, who has been on medical from the Lincoln Project since last summer, didn’t immediately respond to the allegations. Then on Friday, he pulled a Kevin Spacey of sorts: Yes, he acknowledged sending “inappropriate messages,” but did he mention he was gay?

“For too long I have tried to live a life that wasn’t completely true, where I cleaved off an important part of myself in order to maintain what I thought was happiness and normalcy in the other part. I was lying myself, to my family who gave me nothing but unconditional love, and to others, causing a great deal of pain to all,” Weaver said in a statement to Axios.

“The truth is that I’m gay. And that I have a wife and two kids who I love. My inability to reconcile those two truths has led to this agonizing place.”

Weaver didn’t admit to any specific predatory behavior alleged by the men quoted by Girdusky — or by men who made accusations on Twitter in the wake of Girdusky’s tweet — mostly because he didn’t really admit they were predatory.

“To the men I made uncomfortable through my messages that I viewed as consensual mutual conversations at the time: I am truly sorry,” he said in the Axios statement. “They were inappropriate and it was because of my failings that this discomfort was brought on you.”

The rest of the statement is what you’d expect; it’s divided between taking responsibility for his actions (as if there’s anyone else who it could be apportioned to) and claiming that “the other smears being leveled at me by Donald Trump’s enablers as a way to get back at the Lincoln Project for our principled stand for democracy are categorically false and outrageous.”

The problem is he doesn’t clarify what these smears are, which is an issue. That’s because this doesn’t appear to be an errant text message or two, but the pattern of a man in a position of power allegedly hounding younger men and referring to them as “my boy” or asking them about their genitals and sending them pictures of his own.

Overall, Weaver sent inappropriate messages to at least 30 young men, according to the Forensic News.

In the publication, Scott Stedman — an investigative journalist and one of Weaver’s accusers — spoke with individuals between the ages of 19 and 28, all of whom were in college or recently had graduated and were looking for work. They said Weaver had sexually harassed them via direct messages.

Which of this falls under the “inappropriate” behavior Weaver is admitting to and which of this does he maintain is unsubstantiated smears? That’s somewhat important.

Also important is what Lincoln Project members knew and when they knew it. The group is still active, as evidenced by their intention to hound former Trump staffers and loyalists.

Girdusky wrote that the group took in $4.8 million in donations between Nov. 24 and Dec. 16.

While Weaver was vague about which allegations are true and which aren’t, the thread that runs through them is that he apparently has used his professional connections to lure potential marks.

Since 2019, those connections have been through the Lincoln Project.

It’s not unreasonable to ask what the group’s knowledge of Weaver’s activities was — particularly given the timing of his medical leave and the fact that similar accusations have been floating around since 2000, when Weaver was working on John McCain’s presidential campaign.

Character matters, as we’ve been told. If the Lincoln Project is going to preach it, they’re going to have to be transparent about their own character as well. 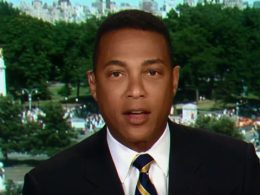 Inflation has affected everyone and one California retirement community is hiking its rates to compensate — $1,000 per… 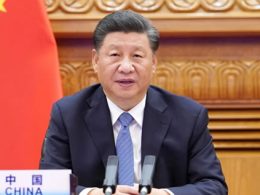 Americans see that a weak Pretender-in-Chief is a huge liability for the U.S. Aside from whatever other leverage…
Total
14
Share