Man Calls Out Biden And Biden Supporters, Says He “Wants Trump Back”

Warning! This article contains language that may not be suitable for all audiences. Viewer discretion is advised.

An Instagram post went viral as Conservatives loved watching someone call Democrats out for their terrible voting habits.

The profanity-laced video starts with the man – wearing a “Make America Great Again” hat – screaming, “Where the F are the Joe Biden supporters at?” He said he could tell the group why he supports Donald Trump but hasn’t heard anything from the pro-Biden crowd on how they could support him.

The man said that Joe Biden isn’t doing anything but ruining all of Trump’s progress. He said that everyone was quick to push Trump out, and now they are all silent while Joe Biden destroys America.

EPIC: Black Trump supporter goes off on Biden supporters sitting in gas lines & challenges them to say why they voted for this disaster the country now finds itself in. *explicit language #BidenGasLines #BidensAmerica pic.twitter.com/5nGUtsAXmQ

“Everything that Trump did, I told you, “I support him for this. I support him for that.” He wants to know why he “had to stand behind why [he] supported President Trump” every day of his presidency, but Joe Biden supporters are silent now. He said when talking to his Uncle, who voted for Joe Biden, he asked how he could support these radical changes to the fabric of our country; his Uncle responded, “Do you think that I am with that s***? Do you think I support that?”

He says the answer is simple- yes. “If you voted for Joe Biden, you support all of this s***. Because when I was with Trump, I had to tell you I support every f****** thing he did.”

He said he told Joe Biden supporters that they were “useful idiots,” and they supported Biden, saying, “When was America ever great?”
He said that these people staying silent now probably wish they “could back to the day Trump won” in 2016. “That was a good day,” he said. “You might have been mad in your f****** mind, but I bet you’re a** was on your way to work. I bet you weren’t standing at an f****** gas station looking for gas. I bet you were waiting on a f****** stimulus check. I bet you weren’t waiting for an extra $300 on your f****** food stamps.” 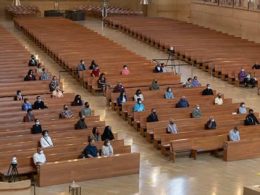 You can bang your head against the wall of the First Amendment as much as you want, even…

Darius Ricks Only 100 days into the Biden administration and America is already experiencing a significant fuel crisis.… 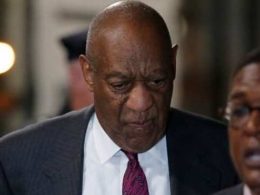 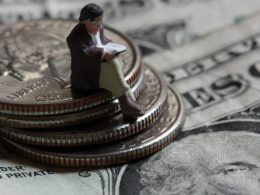 President Biden’s massive social spending package includes a provision that, if passed, would be the first time the…
Total
0
Share