If you know someone who is against our American freedom and the right to bear arms, this story would be a great one to share.

A Harris county mother and father found themselves in a position that no parent wishes to be in when their daughter alerted them to a Peeping Tom at her window in the middle of the night on June 28.

The incident occurred on the 15400 block of W Little York Road in Houston, Texas.

The 10-year-old girl alerted her parents at 2 am when she screamed at the sight of an adult man outside her window, touching himself.

Her parents rushed outside to greet the pervert with their handguns, as both parents are legally allowed to carry a firearm, attempting to keep him at bay in their front yard.

The Peeping Tom fled across the street to a Valero gas station, where the parents were able to hold him hostage at gunpoint. The father went inside to alert the gas station clerk to call 911, leaving his wife outside to tend to the culprit.

The perpetrator overpowered the wife, wrestling and stealing her gun from her, even attempting to shoot her.

A Texas father chased down and shot an alleged "peeping Tom" after the man was seen fondling himself outside his daughter's window: https://t.co/bF2Gxgesjy pic.twitter.com/DF4hJUOvQG

“He is wrestling with me, with my gun, and I’m like, ‘I’m not going to let you get my gun, you are not going to kill me or shoot me,’” she said. “My husband just said he heard a ‘ca, ca,’ but by that time, the guy had already grabbed me, got my gun, and pulled it on myself.”

Thanks to divine intervention, the suspect didn’t realize the safety was on, giving the husband and father time to draw his weapon.

According to deputies, he shot the man three times in the torso, though he recalls making four shots; twice in the stomach, once in the chest, and another in the side.

“We didn’t want this guy to get shot. We were waiting for police to detain him because I’m pretty sure if he did this to my children, he’s doing it to a lot of other children out here,” she said. “We are praying for the suspect, and we are also praying for his family.”

The suspect has been identified as 44-year-old Jorge Ramos. He was transported to a local hospital and was reportedly in stable condition.

Only time will tell if he makes it long enough to stand trial for his crimes, setting an example for other would-be peepers. 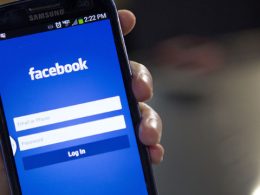 Biden Administration Is Watching Facebook To Find “Disinformation” On COVID-19

The White House admitted yesterday that they flag posts for removal to Facebook if they deem it misinformation.… 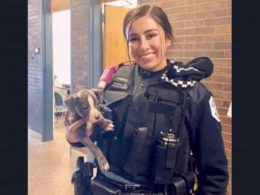 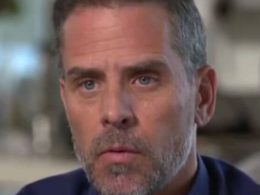 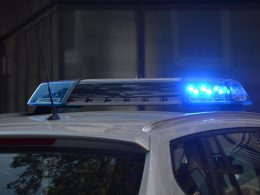 On Saturday, a group of Antifa members showed up at a GOP campaign event in downtown Portland, Oregon.…
Total
49
Share