Man Set Free After 43 Years of Wrongful Imprisonment WITHOUT Restitution

Earlier this month, there was high speculation that Kevin Strickland would finally be freed after 43 years of wrongful imprisonment. This past Tuesday, a judge agreed.

Strickland was released Tuesday morning from the Western Missouri Correctional Center in Cameron, Missouri. Unfortunately, Strickland doesn’t qualify for any restitution from the state of Missouri even though he’s been proven innocent.

Jean Peters Baker, the state’s attorney, said, “To say we’re extremely pleased and grateful is an understatement. This brings justice — finally — to a man who has tragically suffered so so greatly as a result of this wrongful conviction.”

Though wrongfully imprisoned Strickland, was going to be released without a penny to his name.

Missouri only provides monetary compensation for innocence proven via DNA evidence. An eyewitness account determined Strickland’s innocence and therefore does not qualify for financial compensation. He also doesn’t qualify for Social Security and has no retirement fund because he has been unable to work.

Knowing this, the Midwest Innocence Project set up a GoFundMe while they fought to prove his innocence. More than $1.5 million has been raised so far.

Strickland had maintained for decades that he was sitting at home in his apartment when the crimes happened. Evidence that would have proven his innocence was previously ignored.

“I’m not necessarily angry. It’s a lot. I think I’ve created emotions that you all don’t know about just yet — joy, sorrow, fear. I am trying to figure out how to put them together,” Strickland said after his release.

There was no evidence linking him to the murders he was accused of. He was found guilty based on only one woman’s testimony. This same woman retracted her statement on her deathbed, stating that she was coerced into picking Strickland, but he was never actually there.

His story outraged many people, including John Billharz and his wife Cameo, who own a Kansas City pediatric practice. They donated $10,000 to Strickland without a second thought.

Billharz told the Kansas City Star, “He can’t get that time back, but you can help take care of somebody for the time they have left. As a member of the community, both personally and as a business owner, it was an easy decision to make. It was the right thing to do.”

He is challenging other businesses to step up and match or beat his donation. “There’s a lot of big businesses, medium-sized businesses in our community that could ensure that he doesn’t have to fight and struggle any more than he already has. I think that would be a nice thing to see.”

Strickland is currently staying with his brother in Kansas City. 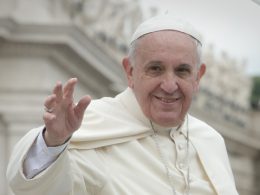 After a 10 day stay at Agostino Gemelli Hospital, Pope Francis, 84, left the center in apparent “good… 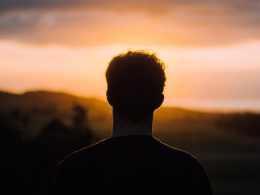 The God-Given Right to Be Left Alone | OPINION 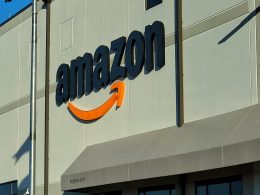 Amazon is one of America’s “wokest” corporations. After all, its billionaire owner, Jeff Bezos, also owns The Washington… 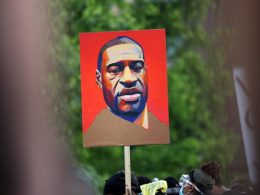 At the Catholic University of America, paintings depicting George Floyd as Jesus Christ are hanging in the campus…
Total
1
Share