Portland Mayor Ted Wheeler is hardly the first person that comes to mind when looking for solid leadership for an important city like Portland. But like many liberal cities in America, the voters that live there tend to pick the worst possible option, and Ted Wheeler is no exception.

This fact became more apparent over the weekend after Mayor Wheeler released a statement indicating that due to the state of Texas enacting pro-life legislation, which serves to protect innocent babies in the womb, Portland will limit trade with Texas.

“Portland City Council will consider an emergency resolution next week to ban future travel, goods, and services from the state of Texas until the unconstitutional ban on abortion is withdrawn or overturned in court,” Mayor Wheeler’s press release stated.

The emergency vote will come to the Portland City Council on September 8. The statement reads that the vote has the “intent to ban the City’s future procurement of goods and services from, and City employee business travel to, the state of Texas.”

Portland plans to put its Texas ban in effect until the state of Texas decides to withdraw the Heartbeat Bill or until the court deems the law unconstitutional. The Supreme Court recently voted not to stop the Texas Fetal Heartbeat Bill from taking effect, indicating the first-time legislation that requires a ban on abortions if a baby’s heartbeat is detected successfully survived a Supreme Court decision.

In Chief Justice Roberts’s dissent on the 5-4 opinion, he wrote, “In reaching this conclusion, we stress that we do not purport to resolve definitively any jurisdictional or substantive claim in the applicants’ lawsuit. In particular, this order is not based on any conclusion about the constitutionality of Texas’s law and in no way limits other procedurally proper challenges to the Texas law, including in Texas state courts.” 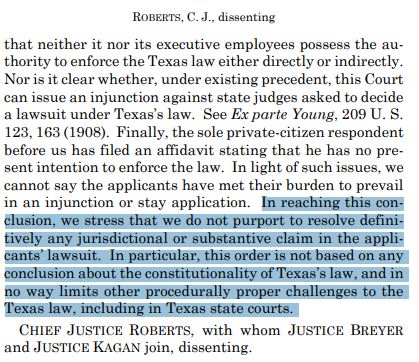 The Portland City Council said it stands “with Chief Justice John Roberts, Justice Elena Kagan, Justice Stephen Breyer, and Justice Sonia Sotomayor, who fought to block” the bill. The Council claims that Texas’ ban on abortion, after a baby’s heartbeat is detected, denies the mother’s right to choose. In contrast, Conservatives continue to argue that the baby’s right to life should supersede.

I believe Oregon does much more trading with China than Texas.

It is not clear how much (if any) trade Portland does with the state of Texas, but journalist Andy Ngo wasted no time taking shots at the progressive city tweeting, “I believe Oregon does much more trading with China than Texas.”

Last week, the House of Representatives passed a comprehensive pro-choice bill, sweeping away state limits on abortion in…