Mexican Authorities Seize More Than 816,000 Pills and 328 Pounds of Fentanyl Near Arizona Border

A shipment of cartel drugs was reportedly confiscated by the Mexican military on Thursday at a checkpoint in Sonora, a state in northern Mexico that borders Arizona. According to reports, the package included 816,486 fentanyl pills, 328 pounds of powdered fentanyl, and 1.5 tons of meth. The seizure comes just a month after 1,200 pounds of fentanyl was seized by Mexican officials in the northern city of Culiacan. However, despite these attempts by Mexican authorities, a sizable amount of drugs still makes it into the United States.

The Blaze reports that on August 6, CBP agents discovered 16 pounds of fentanyl worth approximately $1.4 million at the Ysleta border crossing. Border Patrol authorities in Temecula, California recently apprehended a man in possession of 50 pounds of narcotics, including seven packs of fentanyl. Temecula is about an hour north of San Diego and is said to be the hub of fentanyl trafficking in the country. So far this year, border officials have already intercepted 8,425.48 pounds (4.2 tons) of fentanyl.

NEW: CBP says the San Diego area has become epicenter of fentanyl smuggling. CBP has seized 5,000 lbs of fentanyl there since October, representing 60% of what they’ve seized nationwide.

Fentanyl is the leading cause of death for Americans ages 18 to 45. This synthetic substance, which was initially created in 1959 as one of several opioid medicines, is 50 times more powerful than heroin and 100 times more potent than morphine. Between April 2020 and April 2021, fentanyl claimed the lives of 40,010 Americans, according to Denver7. In contrast, 22,442 Americans died in vehicle accidents and 17,114 Americans died of cancer over the same period. Deaths by Fentanyl overdose doubled in 30 U.S. states between 2019 and 2021.

Texas Governor Greg Abbott recently attributed the spike in fentanyl overdoses in his state, which has witnessed a 4,000% increase in fentanyl seizures over the past three years—to Washington’s “open border policies.” Republican Senator Susan Collins of Maine echoed Abbott’s claim, stating that Washington’s “inability to secure the border has an adverse impact and contributes directly to our inability to stop the flow of drugs into this country.”

In February, The bipartisan Commission on Combating Synthetic Opioid Trafficking issued a report explaining that “Mexico is the principle source of this illicit fentanyl and its analogues today. … Without a major shift in U.S. policy, more American sons and daughters, brothers and sisters, neighbors and friends will perish.” 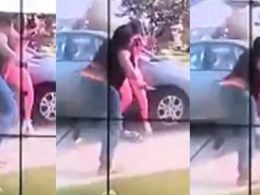 “You Will See Why This Was Justified”

While the world was waiting to hear the verdict from the George Floyd trial, an officer in Columbus,… 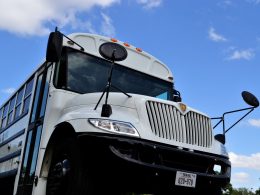 On Wednesday, Texas Governor Greg Abbott announced his plans to combat the surge of illegal immigrants into Texas.… Deputies Found To Be “Justified” In The Shooting Of Andrew Brown Jr.

Marmee Rooke The Sheriff’s deputies who shot and killed 42-year-old Andrew Brown Jr. were cleared this week by… 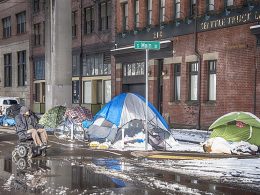 “We knew it would come to this,” the staff at SaraCarter.com wrote. “Liberal progressive policies have empowered criminals and…
Total
23
Share