On July 26, around 2 am, Dalonta Crudup attempted to flee from police by running into a hotel lobby. The tall, slender man escaped into an elevator, but an officer caught up with him before the doors were able to close completely.

Held at gunpoint, the man immediately cooperated and complied with all police orders.

After laying on the ground, several other officers hastily made their way into the lobby to help the first officer ensure Crudup’s arrest. But then the cops do something they shouldn’t have.

Tatum Report’s own Brandon Tatum, and former Tucson, Arizona police officer, took to his YouTube channel to weigh in on the matter.
Now, you might think that because Brandon is a former officer, he would tend to side with the blue no matter what. But Brandon acknowledges that some officers will put themselves on the wrong side of things, regardless of their oath to uphold the law.

“Ladies and gentlemen, this video was sent to me; of some police officers in Miami-Dade, who were spanking this guy. Now let me say this: I think they were wrong,” said Brandon as the video begins.

“Police officers shouldn’t have done this. Let me show you the video of what they did. However, I always make this statement: He probably deserved it.”
Brandon is unaware of what Crudup has done at the time of the video, but if he had to guess, “I would imagine that he did something really bad — to another police officer or something. Because the ones who came and got him, they coming in hot.”

Allegedly, Crudup was stopped by bicycle police officers and accused of illegally parking a scooter. He then struck an officer with said scooter before taking off on foot through the hotel lobby and being held at gunpoint.
If Brandon were making the laws, he would insist that anyone running from the police is just as guilty as the police for beating them up.

“If you are running from the police, if you are committing an active crime, you are resisting arrest, and they beat you down, you, you[r] guilty, too! And they [are] guilty. You don’t get a pass just because you got beat up. You are just as guilty. I don’t care what happened to you.”

According to Brandon, there’s no reason for anyone to flee from a police officer. Once you run, your rights go out the window.

Officers begin flooding into the lobby a few at a time to assist the first officer in detaining the offender, though Crudup is 100% compliant.

“Now they [are] getting ready to tune him up. You can’t do this.”

He goes on to say, “I don’t care what it is. You got to let it go,” says Brandon. “If you don’t want to let it go, you gotta be ready to go to jail because that is your next step. Rightfully so.”

The officers begin crowding around Crudup, one officer falling as he rushes to the now-victim. In total, around 20 officers are seen in the video.

Officers can be seen kicking and stomping Crudup over and over. “He must’ve done something crazy for them to risk going to jail over this!”

“These officers look like they [are] doing vigilante justice! This is what every officer probably wants to do. But you can’t just beat people up.”

Not to say there isn’t a time and a place where an officer may need to get into a physical altercation and get rough with a suspect, but that’s precisely the point that Brandon makes: “You gotta catch ’em [Sic] when it’s Prime Time.”

Brandon goes on to say that if the culprit surrenders, the officer MUST stop immediately. He recalls a time when he had to restrain himself from assaulting a man who very much deserved it.

The man who’d been arrested had kept his own two children as prisoners within the home; they were malnourished and abused. He spat right on Brandon’s uniform when he was being hauled away in handcuffs.

“I felt everything in me start to heat up. And I was like, ‘If I just give him one *PUNCH SOUND/MOTION* he gone knock out and I’m gonna {Sic] feel so good about it. And I might go to jail. But it may be worth it.’

“But then the God in me said, ‘Brandon, you gotta family to feed, he has handcuffs on. Don’t let it bother you. He’s a nobody. He’s finna [Sic] go to prison for the rest of his life when they finish this investigation. Don’t go there. Don’t take it personal. It’s not personal. It’s not personal. He don’t know you personally. He’s spitting on your uniform and disrespecting law enforcement. He don’t know you personally. Don’t go to jail over this. Don’t let your emotions get the best of you. Woosaw.’ ”

It doesn’t matter if they deserve it, “you can’t tune them up.”

“For all you cops out there, stop taking justice in your hands. Just wait, he gonna [Sic] square up on you in an alley one day. And he gonna [Sic] challenge you to a fight. And you don’t have to use your taser.”

Even though the perpetrator in this case allegedly assaulted an officer, he immediately surrendered and complied.

“These officers went too far.” 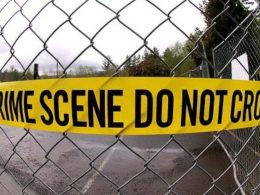 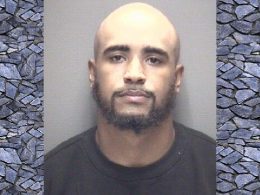 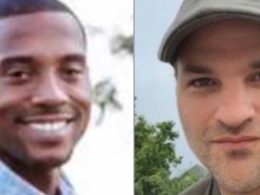 LaRue Bratcher, a 34-year-old Black Army veteran from Oklahoma, is currently awaiting trial after shooting and killing a…
byRiiver Nihil 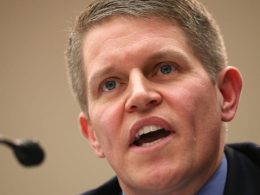