Mike Lindell, MyPillow’s Trump-supporting CEO was censored during an interview at CPAC – an event branded “America Uncanceled” – after he voiced conspiracy theories linking the coronavirus vaccine with the devil.

Mike Lindell was speaking on Sunday to Liz Willis, the host of conservative YouTube channel Right Side Broadcasting Network (RSBN), when he spoke of conspiracy theories relating to the pandemic, the presidential election and Israel.

“In Israel right now, from the prime minister on down, we don’t know what happened, but obviously, he congratulated Biden, but after that, we got a little suspect,” Lindell said during the segment that was edited out by RSBN on their YouTube channel.

Well…hard to imagine how this tractor-pull of an interview might go sideways. What is just as perplexing is why anyone in the press would consider this important.

Now, something to consider. These are all impressions from the media, so it is perfectly understandable that the central point would be glossed over by these reactionaries. “This is our bodies, this is ‘mark of the beast’ stuff,” the MyPillow CEO said at one point in the interview, and then began to launch into the issue of wearing 2 masks.

Someone at the network decided to pull the plug on Lindell’s mic — not a bad move, necessarily — but this was not due to their being sensitive about the content. It was instead a defense maneuver.

After Lindell concluded, RSBN turned the sound back on, and host Liz Willis tried to divert from the topic at hand. “I hate to do it. You know I love you, but due to YouTube’s guidelines, we will get our whole platform shut down, if you talk about vaccines,” Willis stated.

So the network itself was not outraged by what he said, they were proactive in preventing themselves from being canceled.

Not cool that RSBN muted #MikeLindell and still push the products. They don’t have to be on YouTube, they choose to be #BadOptics https://t.co/G1os46xlva

This is actually a sad reality. A news outlet is self-muzzling itself because of the prospect of becoming deplatformed on the basis of comments. And not even comments by the network, but those made by a guest.

This is the chilling result of what the tech oppressors on social media are wielding. They are commanding comportment of various right-leaning outlets.

The very fact that a news outlet feels threatened by a conversation with a pillow hawker that its very online existence is in jeopardy might be as clear an example of how far these constricting standards being forced on conservative news has become. 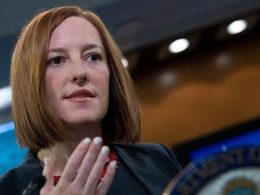 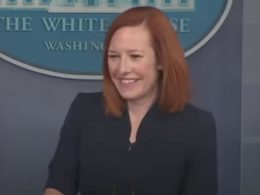 “It’s not funny!”: Peter Doocy Scolds Psaki For Laughing When Asked Why Migrant Children Facilities Are Open While Schools Are Closed [VIDEO] 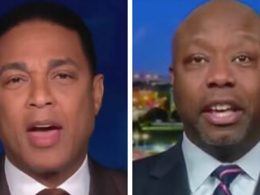 CNN host Don Lemon ranted and whined about Sen. Tim Scott during a segment on his Wednesday show,…