One mother was faced with a difficult decision when she thought she saw her son on TV. She recognized him by his jacket as it was a gift from his grandmother, but his actions left her speechless.

He’d attempted to steal the purse of an 81-year-old woman and severely injured her in the process.

So she called the cops on him.

The complaint stated that a family member showed Isaiah Jamal Foster’s mother, Tinikia Latasha Jones, the video, and she was “100% sure” it was him.

Though she doesn’t trust the police, she wanted to do the right thing. So she prayed about it and decided to turn her son in.

The complaint says, “She loves her son but did not raise him like that.”

Saint Paul Police Department released the video and some pictures on their Facebook page on December 29 in hopes that someone would recognize the culprit.

The video shows the moment Judy Stuthman walked into a Walgreens at 1110 W. Larpenteur Ave. at 2:07 pm on December 23, in St. Paul, Minnesota.

A man in a black jacket and blue medical mask ran from behind her, snatched her purse, and kept running.

According to Twin Cities, “The strap of the purse was around her shoulder, and when she felt the pull, she tugged back and was yanked to the ground. She did not remember anything after that and woke up in an ambulance.”

Stuthman sustained a concussion and a subdural hematoma (brain bleed) at the hands of Foster. She subsequently fell at the hospital because of dizziness and broke her pelvis so severely that it required surgery.

When Jones called Wednesday, December 29, to turn her son in, police realized that they already had him in custody.

Foster had been arrested the day prior for an attempted carjacking in Crocus Hill.

Stuthman was surprisingly hopeful that Foster finally got his wake up call:

“I think it would have been the most difficult thing in the world. I am sure that the mother realizes this might be his best chance for turning his life around and that is my hope.”

Foster is now being charged with first-degree aggravated attempted robbery and third-degree assault.

“The actions of this young person caused significant trauma and injury to an elderly resident and spread fear throughout our community. I want to thank investigators for their work on this case and the mother of the young offender for doing the right thing by turning her son into authorities.”

This isn’t Foster’s first run-in with the law, either.

The previous charges were dismissed, with the exception of the aggravated robbery, escaping from custody, and tampering with a motor vehicle. He was put on probation until December 31, 2023.

He was supposed to be incarcerated at the West Central Regional Juvenile Center in Moorhead as soon as a bed was available, as ordered on July 8, 2021.

Hennepin County District Judge Jeannice M. Reding stated that Foster “shall be detained at the Juvenile Detention Center because the Respondent (Foster) would endanger public safety and would not remain with his lawful custodian.”

It’s unclear how or why he was released from custody, which resulted in the crimes that put him right back into the hands of authorities. 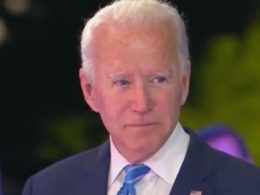 They’ve only been in office for a little over two weeks, but President Joe Biden and his administration… 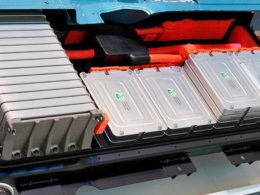 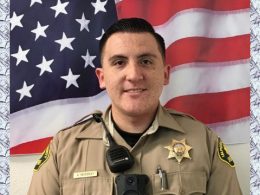