New Mexico Voted for Biden by Almost 11%, Now Leaders Are Alarmed by His Oil, Gas Suspension

In November, Democratic presidential candidate Joe Biden was so popular in New Mexico that he captured more than  54 percent of the vote, giving him an almost 11 percentage point win over then-President Donald Trump.

But on the heels of a 60-day moratorium on oil and gas drilling on federal lands that has emerged from the new president’s administration, Biden’s popularity appears to be slipping.

“It’s very much putting politics above science,” said Ryan Flynn, president and CEO of the New Mexico Oil and Gas Association, according to the Albuquerque Journal.

Flynn said the issue is not just a 60-day pause, but the political climate that produced this order and might produce others like it.

“It’s clear that whoever is advising these approaches isn’t thinking about what the unintended consequences will be for driving production away from the most responsible producer,” Flynn said.

A restriction of federal oil and gas leasing and permitting activity puts more than 60,000 New Mexico jobs at risk, while jeopardizing over $800 million that supports our public schools, first responders, and healthcare services. #NMLeg #NMPol pic.twitter.com/TVwgm2c59u

Did you know that oil and natural gas production contributed almost $1.4 billion for public schools and higher education in FY2020? Check out our report to find out how much the industry contributed to your county. #NMPol #NMLeg pic.twitter.com/TuwMydeU7K

Larry Behrens, Western states director for the energy industry advocacy group Power the Future, said the decision has nothing to do with the people of New Mexico.

“Let’s just be honest, he’s only being pushed by radical eco-left groups who have no vested interest in New Mexico, have never even been to New Mexico, and will never look these workers in the eye, and never visit these communities that will be devastated by this action,” he said, according to The Center Square news service.

“During his inauguration, President Biden spoke about bringing our nation together. Eliminating drilling on public lands will cost thousands of New Mexicans their jobs and destroy what’s left of our state’s economy,” Carlsbad Mayor Dale Janway told the AP.

“How does that bring us together? Environmental efforts should be fair and well-researched, not knee-jerk mandates that just hurt an already impoverished state.”

Republican Rep. Yvette Herrell of New Mexico said she supports legislation to prevent the administration from imposing a moratorium on new drilling permits on federal lands.

“If President Biden follows through on his promises to make this ban on new federal leases permanent, New Mexico stands to lose more than 62,000 jobs and billions of dollars in state revenue,” she said, according to the Alburquerque Journal. “I will be taking further action in the coming weeks to protect our jobs and our state.”

Steve Pearce, chairman of New Mexico’s Republican Party, said drilling on the New Mexico piece of the Permian Basin had been increasing, but could now be halted.

“I think we’re going to see companies choosing not to invest in New Mexico and take their jobs and drilling to Texas just three miles away,” Pearce said, according to the AP. “They can just scoot across the border where they don’t have federal lands.”

Republican state Sen. Gay Kernan said that less drilling could mean less revenue that comes to the state and funds schools and other programs.

“They better readjust their estimates because there’s just not going to be the revenue coming in,” Kernan said, according to the Alburquerque Journal. 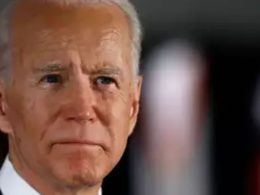 Biden Admits Democrats Will Not Have the Votes to Convict Trump

President Joe Biden is fine with his party’s impeachment effort against former President Donald Trump, but he has… 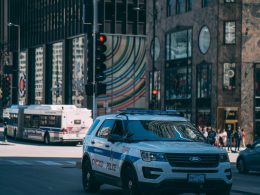 Two Chicago Cops Ambushed, Shot While Waiting to Get Food

There’s no such thing as a routine call for police officers. Sometimes, not even lunch is routine. Recently,…

One of New York state’s most senior judges has refused to be vaccinated or obtain a medical exemption,… 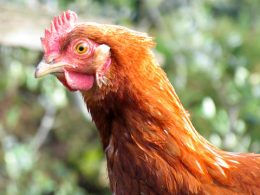