NFL Player, Cole Beasley Has Over $100,000 in Fines For Not Following Covid Protocol

Wide receiver for the Buffalo Bills, Cole Beasley has racked up over 100k worth of fines for violating Covid protocols. Beasley remains unvaccinated even after pressure and fines from the league are adding up.

Beasley has been very vocal regarding his opposition to vaccine mandates and the NFL’s Covid-19 protocols. One of Beasley’s fines was due to him not wearing a mask in the Buffalo Bill’s training facility in August. The fine cost him $14,600. The fine has more than doubled on more than one occasion after video monitoring by the league.

On December 21, Beasley tested positive for Coronavirus. He was barred from playing football for 10 days per the NFL’s policies. He missed a crucial game against the New England patriots that would determine who controls the AFC East division before the playoffs.

The NFL and NFLPA agreement allows unvaccinated players who miss a game due to Covid-19 to still be entitled to their full pay. Beasley makes a base salary of $4.7 million.

He will receive his game paycheck of $261,111. Some team executives want this policy to be revisited in 2022. They want any unvaccinated player who lands on the reserve/Covid-19 list to not be paid if he misses a game or games.

Beasley has appeared on his social media to critique the current rules.

He reiterated that Covid-19 is not keeping him out of the game; it’s the rules keeping him from playing. He noted that his vaxxed teammate with Covid is playing each week because they are not getting tested. Beasley commented that one of his vaccinated teammates is in the hospital also missing games.

“I’m sure he didn’t get this same energy. Thank you for those who support. Everyone else, if you don’t get what’s happening then there is nothing anybody can do for you.”

He posted an update about his health on Friday, stating, “Just checking in everybody. I’m still partying! Be back soon. Hate it or love it. Go Bills!”

Jon Feliciano confirmed he was the teammate in the hospital that Beasley was referring to.

The Bills wide receiver Gabriel Davis, who is also unvaccinated, tested positive on Friday and will be out for next week’s games.

While Beasley has been critical of the league’s protocols, he’s been clear he does not have a problem with those who choose to get vaccinated. He has an issue with the mandates.

Beasley said, “With that being said, the issue at hand is information being withheld from players in order for a player to be swayed in a direction he may not be comfortable with.” 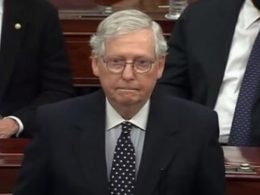 Democrats have had their hopes dashed by Senate Majority Leader Mitch McConnell over a fast-track impeachment trial. The… 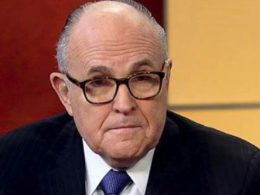 Rudy Giuliani’s law license has been suspended in Washington D.C. pending the New York case where his license… 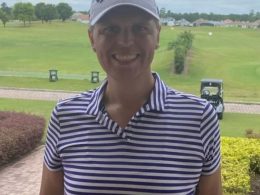 78 Women and 78 Men Competed Against Each Other in Historic Golf Tournament, Leading to One-Sided Results

As the storm clouds of transgender activism loom over the genteel fairways of golf, there are reminders that… 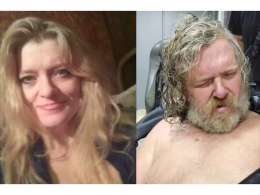