Jacob Hollister, the tight end for the Jacksonville Jaguars, chose Live Action as his charity of choice for Week 13. Week 13 is when NFL players highlight their chosen charity on their cleats. Live Action is a pro-life non-profit dedicated to defending the rights of the unborn.

Hollister debuted his cleats that say “Love Them Both,” with an image of a pregnant mother with her unborn baby.

“Hollister has bravely chosen to showcase his support for women and the lives of preborn children by displaying pro-life organization Live Action on his cleats…[Live Action] exists to shift public opinion against abortion and defend the rights of the most vulnerable.”

Hollister released a video sharing why he chose to support Live Action. He noted that while both the mother and child’s lives have equal value, the unborn baby does not have a choice. He also shared that he is happy to support Live Action and thankful the organization gives babies a voice.

BREAKING:@Jaguars tight end @hollister_jacob is boldly standing for LIFE, selecting Live Action as the cause to put on his cleats

"Both moms and babies have equal worth and demand equal protection. I’m thankful & happy to support Live Action who gives those babies a voice"

Hollister acknowledged he was initially afraid to publicly support Live Action. He didn’t want people to “ feel anything but love from me.”

“To be honest, at first, I was really hesitant to do it. Not because I’m afraid of any confrontation or any arguments around the subject, it’s really just because I fear that anybody who feels differently than I do about it would feel anything but love from me. Because the way that I was raised and the way that I try to live my life to the best of my ability is to love people first in everything that I do and love people really well.”

Live Action founder, Lila Rose, thanked Hollister and praised him for being willing to stand for the rights of the unborn.

Rose said, “Even in the face of opposition, Jacob is using his voice to speak for the most vulnerable members of our society. More men need to follow Jacob’s lead. Strong, compassionate men stand up for women and preborn children.” 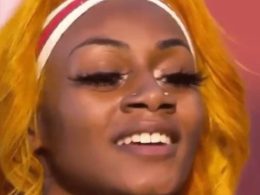 21-year-old, Sha’Carri Richardson, has been suspended from competing in this year’s Olympic 100-meter race after testing positive for… 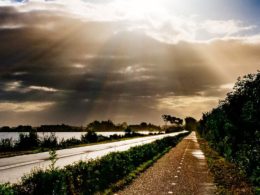 Small Miracles That Saved the Lives of 15 People in Nebraska

On March 1, 1950, in Beatrice, Nebraska, choir practice was set at the West Side Baptist Church for… 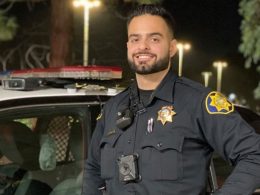 Officer on Patrol Feels Need to Drive Down Street, Finds Unresponsive Child Who ‘Got Ahold of Fentanyl’

Sometimes we feel compelled to do things for seemingly no reason. Whether it’s reaching out to someone, doing… 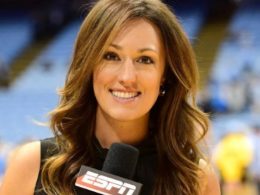