Obama to Celebrate 60th Birthday, “Covid-Coordinator” Said to be Hired for Event

Former President Obama is turning 60, and in the land of liberal progressives, it’s the social event of the year. There’s just one little problem. These same liberal progressives are attempting another round of mask mandates and lockdowns, which would significantly affect Obama’s ability to enjoy his celebrity-filled birthday extravaganza.

Axios reports that Obama plans to have 700 people attend his 60th birthday party, which is sure to include celebrities and progressive liberals in every sector of business and government.

The kicker is that “Obama officials did not say whether guests will be required to wear masks.” Obama has promised that the party will be staffed with a “COVID-coordinator” who will enforce proper mitigating procedures.

You couldn’t bury your father because you might spread Covid between family members, but luckily for Obama, he is more intelligent than all of us and planned his birthday at his expansive and exclusive Martha’s Vineyard estate. This is a place that the CDC says doesn’t pose a “substantially high” risk of spreading Covid.

Some on social media say none of this is relative, and cheer the Obama’s on while taking shots at the opposition.

Republicans Are Angry cause The Fully Vaccinated Obamas Are Hosting A Mini Lollapalooza (60th Birthday Bash) At Martha's Vineyard pic.twitter.com/hl8GMzY302

Glen, grow up. The Obamas earn their money and they give back through their initiatives and foundation every single day. I am sure there will be Covid 19 precautions taken re the outside birthday event, which is many miles away from Provincetown. I wish him well on his 60th bday.

But the opposition is not backing down and calls out what they see as pure hypocrisy from the liberals.

But they all can go to Obamas birthday party n watch the Oceans rise too !!!!! Hypocrites ! https://t.co/LGGaeBcpZz

Venue of super spreader Barack's 60th birthday party put on by the Obamas. Wonder if Kamala can make it or if she's too busy NOT going to the border. 🤭 pic.twitter.com/6JYJQjPwOM

If you live in Topeka, Kansas, and wanted to hold an outdoor wedding comprised of 700 guests, almost assuredly, the same CDC would accuse you of hosting a super-spreader event.

We are in fact, experiencing the Delta variant surge. Of course, the White House admitted that they have no way of testing for the Delta variant, thus proving that it is even a thing and not a reason to lock the nation down again.

Obama’s mansion sits on 30 acres with sprawling oceanfront views and costs $12 million. There is no indication whether the $12 million included a Covid free safety zone for the party. More likely, it was a status he received for being a part of our totalitarian rulers.

Obama asks that all his guests are vaccinated, but the Axios report isn’t clear whether they will be required to have vaccine passports at his birthday. However, the report did say that Obama’s guests, which include Pearl Jam and Steven Spielberg, will be required to be Covid-negative.

It should be interesting to note that Obama took months longer than expected to endorse his former VP for President, and Biden is not set to attend Obama’s 60th.

The White House told Axios that “While President Biden is unable to attend this weekend, he looks forward to catching up with former President Obama soon and properly welcoming him into the over-sixty club.”

Rules for thee and not for me. 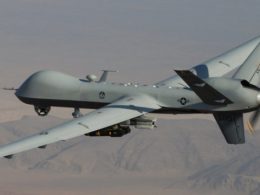 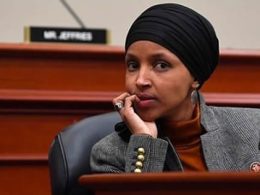 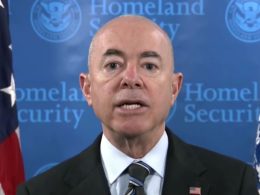 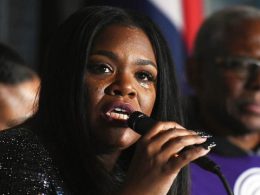