Rolfe and Brosnan tried to calm Brooks for over 30 minutes before attempting to handcuff him. Brooks resisted arrest. Let’s stop the nonsense. The guy grabbed a taser and shot it at the officers! Officer Rolfe acting well within his rights as a United States citizen, much less a law enforcement officer on the job, shot Brooks twice, killing him.

A YouTube video released by The New York Times shows the entire incident but does not dare to deviate from their narrative, explaining exactly why the shooting was unjustified.

Instantly, Brooks was knighted as a hero despite his criminal past, while Officer Rolfe was vilified in the town square as “another racist cop.” Even though his quick action likely saved his life and the life of Officer Brosnan, Officer Rolfe was fired the very next day.

Rolfe, represented by Attorney Lance J. LoRusso, sued the Interim Chief of the City of Atlanta Police Department and Atlanta Mayor Keisha Bottoms for “irreparable injury to his personal and professional reputation as a result of his unlawful dismissal.”

Rolfe’s lawyer argued that Rolfe acted “within the scope and course of his duties,” shooting Brooks. The Atlanta Police Department fired Officer Rolfe “without an investigation, without proper notice, without a disciplinary hearing, and in direct violation of the municipal code of the City of Atlanta,” reads the petition.

ABC reports that the City’s civil service board granted Officer Rolfe a victory saying that “due to the City’s failure to comply with several provisions of the Code and the information received during witness’ testimony [Rolfe] was not afforded his right to due process.”

The Brooks family lawyers, L.Chris Stewart and Justin Miller, said, “It is disappointing to the family, but what is more important is the questions we have now.” Stewart spun a conspiracy theory that this was planned by the Chief of Police and the Mayor to pacify protests.

Stewart continued saying, “We all heard the mayor and the former chief of police come before the world and announce they were firing the officers, and justice will come.” But, he added, “We find it mind-boggling our elected officials and former chief weren’t aware of the proper procedure to fire an officer.”

Atlanta Mayor Keisha Lance Bottoms seemed to back up Stewart’s charges. In a statement, the mayor said, “Had immediate action not been taken, I firmly believe that the public safety crisis we experienced during that time would have been significantly worse.”

Officer Rolfe’s lawyer was excited about the decision saying, “People are focusing just on the due process element. If they watch the video that is up on the YouTube channel, they can see the hearing where two senior law enforcement officers for the City of Atlanta – the assistant chief and a 26-year detective with experience in the professional standards – testified that Garrett Rolfe did absolutely nothing wrong on June 12, 2020.”

He continued saying, “I think his role is to get back to his chosen profession to serve the public, which is what he decided to do when he raised his hand and took an oath at 20 years old to be an Atlanta police officer.”

Officer Rolfe, a seven-year veteran police officer, will remain on administrative leave until the case related to his felony murder charge is resolved. 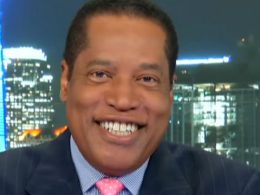 Larry Elder Officially on the Ballot In California Recall Election 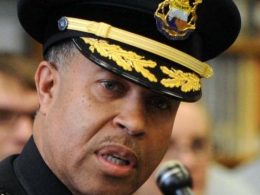 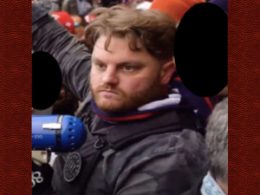 Is “Foxitis” the New Chewbacca Defense?

Where is Joe Biden? The question was asked by millions this weekend as the President and his press…
Total
0
Share