A Miami police officer has been relieved of duty and is currently being investigated after a Facebook post showed the officer flashing the “OK” hand gesture in a group photo following a gun bust, which some interpreted for a ‘white power’ message.

Officer Daniel Ubeada is being investigated for a photograph taken last Friday after he and six other Miami City officers seized many firearms. After the successful raid, Ubeada, along with department Chief Art Acevedo and five other officers, decided to snap a celebration picture, and that’s when Ubeada flashed the hand symbol with both hands.

A commander shared the photo on Twitter, and someone noticed the officer at the far end of the picture-making hand gestures that some interpret as a “white power” message, and the post was removed within 48 hours.

The Anti-Defamation League (ADL) absurdly characterized what was originally universally known as the “OK” sign as a symbol of “white supremacy” in 2017 in an attempt to link the symbol to Donald Trump and other Republicans.

The commander said that the post was intended to be private and that he changed his profile page to private after the fact.

Reyes told Local 10 News the finger gesture meant “six” as in the “B Shift Six,” the number of colleagues on the officer’s shift, not white power. Reyes also stated that Ubeda’s supervisor and the commander who tweeted the photo are Black and have never voiced any concerns.

Despite the other officers not having a problem with the picture, online trolls had already pointed out Ubeada’s hand gesture and filed several complaints with the department.

For months, Ubeada has been the target of anti-police leftists in Miami.

In October, Officer Daniel Ubeda was penalized when he walked past a voting location at Miami’s Government Center while wearing a Donald Trump campaign face mask while on duty.

Acevedo’s decision was criticized by Ubeda union leadership. President of the Fraternal Order of Police Tommy Reyes stated that he spoke with Ubeda and that the hand motion was intended as a “joke” for his boss.

“To me it’s clearly not the same signal,” said the union president. “It’s just another knee-jerk reaction from Art Acevedo.”

Police Chief Art Acevedo has reported that Ubeda was “…relieved of duty (Sunday), and an internal affairs investigation is ongoing.”

Given the recent purge of patriots in our country’s police departments, hopefully, the right decision is made, and Ubeada is rewarded, instead of disciplined, especially considering the plateau of upstanding police officers in our country. 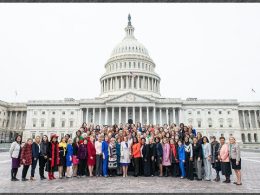 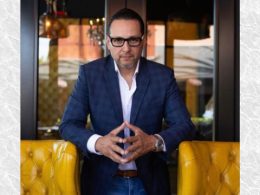 Not A Moment, But A Movement Californians finally put pen to paper, saying enough is enough, and are… 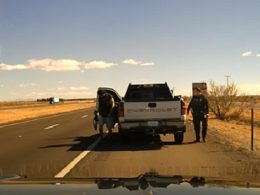 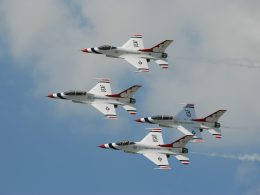 It seems some American institutions haven’t finished toying with Americans’ lives and careers. A pissing match has developed…
Total
43
Share