LaRue Bratcher, a 34-year-old Black Army veteran from Oklahoma, is currently awaiting trial after shooting and killing a man who was allegedly trying to break into Bratcher’s business.

Bratcher, the owner of Premium Smoke L.L.C., located in Oklahoma City, was charged with first-degree murder more than a year after he shot and killed a white man allegedly trying to break into his medical marijuana business.

According to Yahoo! News, the surveillance video shows that on May 27, 2020, the intruder, 42-year-old Daniel Hardwick, parked his car on the backside of Bratcher’s business around 1:00 a.m. Allegedly, Hardwick meddled with the door handle, attempting to gain entry. Bratcher reported to authorities that this incident was Hardwick’s second attempted break-in within a two-day timeframe.

“[Hardwick] was trying to break in when the business owner, who was inside the business at the time, apparently opened fire with a handgun, striking and killing the man who was breaking in,” Oklahoma City Police Department Master Sgt. Gary Knight told NBC affiliate KFOR.

In an interview with Oklahoma City CBS affiliate KWTV the business owner’s wife, Vicky Bratcher, says that Bratcher made the initial call to the police.

Once at the scene, officers called the Oklahoma Medical Marijuana Authority to confirm the business was legal. Unfortunately, at the time, Bratcher’s business license had lapsed. On the other hand, the Oklahoma Medical Marijuana Authority updated its policy this year to allow cardholders to apply for a new license while using their expired one until the new one comes in the mail.

His wife told Yahoo! News that officials ordered him to make “nearly $100,000 worth of renovations” to his medical marijuana facility but failed to do so. Authorities have not confirmed or denied whether
Bratcher had applied for a new card.

Bratcher was arrested for operating a grow shop illegally, a felony, and was held on a $5,000 bond. However, at the time, he was not charged with the intruder’s death.

“It was about 480 plants, which comes out to approximately $1,500,000 of marijuana,” Knight told KFOR. “Ultimately, he ended up being booked into the Oklahoma County Jail on unlawful cultivation of marijuana.”

After reviewing the case, the charges were upgraded to first-degree murder, with Bratcher being held at the Oklahoma County Jail.

The arrest and update of charges have initiated massive criticism from the family and friends of Bratcher. They argue that he was defending his business from a burglar.

“Someone broke into his place,” Bratcher’s uncle, Derrick Neighbors, said at a rally for Bratcher. “He didn’t go out looking for trouble. He was in his own place of business.”
Oklahoma state legislature currently considers first-degree murder any act that results in “the death of a human being” during the “unlawful distributing or dispensing of controlled dangerous substances or synthetic controlled substances” — “regardless of malice.”

Although Oklahoma has “stand your ground” legislation, the protection of the law does not extend to individuals engaged in a felony when they pulled the trigger in apparent self-defense.

“A person who is not engaged in an unlawful activity and who is attacked in any other place where he or she has a right to be has no duty to retreat and has the right to stand his or her ground and meet force with force, including deadly force, if he or she reasonably believes it is necessary to do so to prevent death or great bodily harm to himself or herself or another or to prevent the commission of a forcible felony.”

Activist groups and family members have decided to start a petition calling for justice for LaRue Bratcher, which has already received more than 1,600 signatures.

“I feel like this was an injustice for the simple fact that if the roles were reversed, if this was a white person inside the facility, he would not be in this situation,” Vicky Bratcher told Yahoo! News.
The trial date for Bratcher has been set for Oct. 11 of this year. 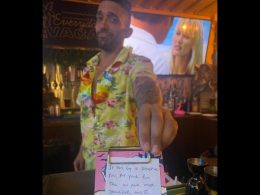 For many American women, a fun night at the bar can be ruined by idiot men who consider… 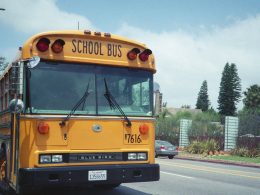 A man allegedly stole an empty bus from his employer on Tuesday at about 7:15 a.m. The suspect… 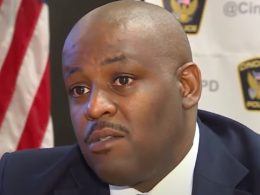 Thanks to a quick-thinking police officer, not a single shot was fired, and a Cincinnati man was able… 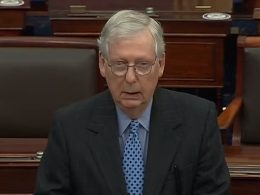 McConnell Slams Biden’s First-Day Actions: ‘This Was Not the Day One That American Workers Deserved’

Mitch McConnell is coming out swinging. No longer the top lawmaker in the Senate and under fire from…
Total
51
Share