San Francisco Mayor London Breed recently declared August Transgender History month in the city. San Francisco is no stranger to bizarre policies, but this particular move could not be any more tone-deaf, condescending, and narcissistic.

Breed held what appeared to be a ceremonial signing of a document at San Francisco City Hall. She posted a picture of herself alongside an oddly dressed person in heavy makeup. The transgender flag was proudly displayed in front of them as she signed the apparent declaration. The photo was captioned, “For the first time in our country, today we declared the month of August, Transgender History Month in San Francisco. Our transgender community that has been a beacon of resilience and strength. This month we will reflect and celebrate the progress we’ve made.”

Her poorly written Twitter effort to appease the extremely small, even in San Francisco population of transgender people was met mostly with disdain on Twitter. The Transgender Action Net, a group that describes themselves as “a militant grassroots organization that seeks to assist any transgender/nb/queer/2S folx left behind,” was not impressed with the gesture from the mayor. They replied to the announcement from Breed, implying that the move doesn’t go far enough in coddling the community saying, “Step 2: HOUSE ALL UNHOUSED TRANS PEOPLE. We got nearly murdered in the streets of SF in broad daylight. No one cared. So we hope this isn’t just a gesture simply to lure in diverse economic interests with no direct investment in funding PERMANENT housing for our most vulnerable.”

There was more criticism for Breed from decidedly less extreme accounts. One Twitter user replied, referencing the drug problem the city has faced for years, saying, “How many needles did you step over on your way there?” Another Twitter user slammed Breed and called the move selfish, replying with, “The streets in SF are filled with crime and homelessness. At what point are you not the heroes you pretend to be. If you were so loving, you’d be focusing on these issues. This comes across as me me me.”

How many needles did you step over on your way there?

This move from Breed comes at a time when the city has a laundry list of actual problems to deal with, which is why perhaps, the mayor chose to take the route of extreme pandering rather than working for the residents of San Francisco at large. Mayor Breed recently made news for agreeing to pay more than $20,000 in fines for ethics violations dating back to 2015, but her corruption is merely a fraction of the problems the city faces.

As San Francisco implements vaccine mandates and battles New York City for the title of worst dystopian nightmare, records show that there were far more overdose deaths in San Francisco in 2020 than there were Covid-19 deaths. Mayor Breed has been careful to ignore that statistic and continue the heavy-handed, authoritarian style of leadership that has become standard for Democrat politicians across the country.

Naturally, Breed could not be bothered to follow the rules she helped create and was spotted having dinner at the now infamous French Laundry restaurant in Napa Valley only one day after California Governor Gavin Newsom was seen there also violating the strict Covid protocols they demand the residents of California follow.

For decades, San Francisco has been a haven for homeless people, so Breed doesn’t get the blame for that issue, but she certainly hasn’t made the situation any better. A recent poll showed that 40% of residents plan to move from the city because of homelessness and crime. In addition to the traditional big-city problems, San Francisco also faces a more unique and disgusting problem of the streets being littered with human feces.

The head of the department of public works, Mohammed Nuru, who was responsible for keeping the streets clean, was arrested in a corruption probe by the FBI. Coincidentally Mayor Breed had a romantic relationship with this man, and part of her ethics violation fines stems from her receiving gifts from him. Breed claimed he was helping her pay for repairs to her car, despite her being the highest-paid mayor in the country. With Nuru gone, the city made it clear that corruption would not be tolerated, so they decided to invest in new $20,000 apiece trash cans in hopes of keeping the streets clean.

The city has also recently dealt with a startling amount of organized retail theft, leaving business owners crippled and forcing retailers to close locations and minimize operating hours. A rash of violent attacks has plagued the city, with elderly residents being targeted and delivery drivers being attacked. Unfortunately, the city’s district attorney and son of domestic terrorists, Chesa Boudin, has no interest in punishing criminals.

In addition to the homelessness, crime, corruption, and cleanliness issues, San Francisco has the second-highest living costs in the nation, behind New York City. One of the city’s downtown luxury residential buildings has been sinking since 2016. Breed is, of course, the mayor, not an engineer. Still, with the rampant political corruption in the city, it is tough to completely separate the political class from the big money businesses and developers. Breed herself was caught taking campaign donations above the legal limit, which was also mentioned in her agreement to pay for her past ethics violations.

London Breed earned the title of mayor in a special election following the sudden death of Mayor Ed Lee and has done next to nothing to help the once-thriving city of San Francisco. While Breed is a grandstanding corrupt political hack, she is not alone.

Before Ed Lee, current Governor of the state, Gavin Newsom was mayor. In those years, he made headlines for sleeping with the wife of his campaign manager and battling alcoholism. San Francisco is also home to House Speaker Nancy Pelosi, who, like Newsom and Breed, was caught breaking Covid protocols. Rather than dining out at the corrupt Democrat dining establishment of choice, The French Laundry, she went for a maskless hair appointment.

Mayor Breed has largely chosen to ignore the litany of issues afflicting the city and instead decided to celebrate a tiny fraction of the population as a distraction. Also, ignoring the fact that this community already has two nationwide months of recognition, June being the ever-popular “LGBT pride month” and October being the slightly less intrusive “LGBT history month.” At this rate, it won’t be long before each of the other letters are given their own month, and we’ll be forced to celebrate them separately or risk being labeled the worst type of bigot imaginable.

The idea that offering another month to the transgender population in San Francisco is beneficial to anyone besides the mayor herself is laughable. The residents of San Francisco should take a closer look at the political establishment that has all but destroyed the city. 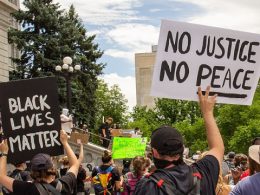 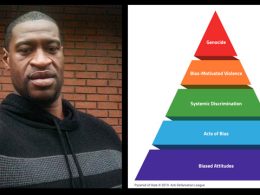 Philadelphia Public Schools Teach Kindergarteners That America Was Built On A “Pyramid Of Hate.”

Early Friday morning, pop culture was crushed with the recent news of the passing of Earl Simmons, famously… 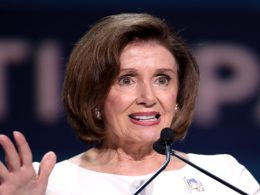 Opinion| In an attempt to virtue signal, Nancy Pelosi provides us with yet another cringe-worthy moment. Last week…
Total
1
Share