Philadelphia Public Schools Teach Kindergarteners That America Was Built On A "Pyramid Of Hate."

Imagine being a juror on the Derek Chauvin case? One of the most significant trials of the 21st Century, and you are responsible for delivering justice—or trying to. Violent Marxist and anarchist rioters are in the streets outside the courthouse (you wonder, maybe outside your house), destroying almost at will.

Clandestine revolutionaries slither in the night to slather the home of a defense witness with pig’s blood and depositing a pig’s head on the porch. It was an old address. Don’t those jurors deserve some credit and appreciation regardless of the verdict? Justice is an elusive thing when revolutionaries are out to smash the criminal justice system to bits.

Chauvin was found guilty—of everything. Geez, Minnesota does not screw around. They convicted him of 2nd Degree Murder, 3rd Degree Murder, and 2nd Degree Manslaughter. Though I’m familiar with the elements of those laws, I will not second-guess the jurors (well, not too much). I’m sitting here on a sunny patio, safely tapping away at a keyboard. They sat in that stress-filled courtroom and heard all the evidence. They likely felt the radioactive intimidation aimed at them from Democrat politicians, radical activists, and rioters in the streets as they tried to do their civic duty.

An acclaimed attorney and expert in self-defense law, Andrew Branca, told Glenn Beck that Judge Cahill allowed a lot of stuff into the trial that was not “normal” such as vague instructions to the jury on finding causation. The judge also would not change the venue nor sequester the jury during the trial. Branca states, “You can not get a fair trial under these circumstances. It’s impossible.” He also clarified that Minnesota statutes call 2nd and 3rd Degree Murder what most states call “manslaughter.” According to Branca, Chauvin was essentially convicted of “manslaughter or reckless homicide,” not intentional murder. Could these things affect a jury of one’s peers?

During deliberations, the jury had finally been sequestered. But can one not help to wonder if the jury voted to convict for murder because they feared riots? What if they may have heard about the incendiary comments made by U.S. Rep. Maxine Waters (D-CA) and the judges’ heated response? Was the jury considering what appeared to be substantial reasonable doubt, at least, regarding the two murder charges? We may never know.

Though Chauvin has been convicted, as the judge said, there will be “something on appeal.” Besides the political commentary on the trial, there is more ammunition the defense can add. The judge refused to move the trial, and he did not sequester the jury in a very public case. A misunderstanding of causation with the 2nd and 3rd Degree Murder charges alone may have created a hole in the case large enough to drive three Greyhound buses through. 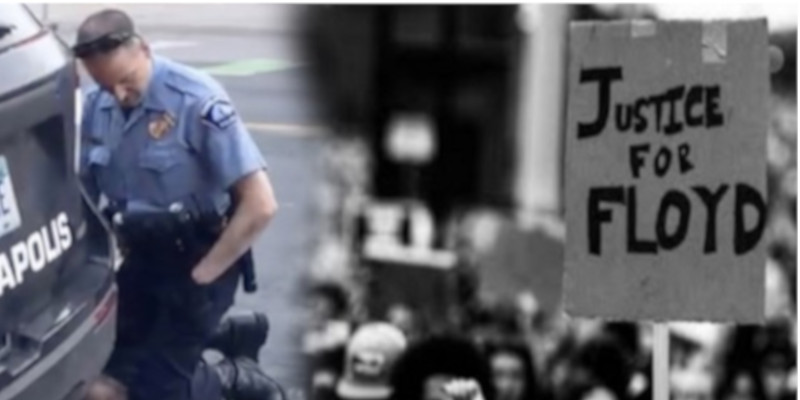 Police vs. The System

Something that no one questions, however, is how devastating this will be for American cops. Regardless of how you feel about the case, Americans should be able to trust the legal process was fair. But you have Rep. Waters inciting crowds to more violence. Those crowds are threatening more destruction. And House Speaker Nancy Pelosi is defending Rep. Water’s irresponsible actions. Pelosi also declared, “George Floyd’s name will be synonymous with justice.” Once again, Pelosi insults America’s cops, as have all manner of leftist politicians. From the Oval Office occupant down to governors and mayors who celebrate what they, since many of them are lawyers, must know is tainted.

My Takeaway From The Evidence

Many cops looked at this case and initially felt uncomfortable—I’m one of them. Nevertheless, officers also know how evidence works. An incident can look genuinely abhorrent, but the more you learn about what happened, the more you understand the mitigating circumstances. You can make your own decision, but these stand out for me:

· The prosecution resisted bringing in autopsy evidence from the original Medical Examiner.

· There was no bruising where Chauvin’s knee made contact with Floyd’s neck.

· Floyd had a heart condition, a tumor, a long history of drug use. He had ingested a fatal amount of fentanyl.

Regardless of what you feel about Chauvin’s guilt, many officers wonder if legitimate evidence pointing to possible reasonable doubt was explicitly ignored because he was a cop.

Originally from New England, he’s a Boston sports fan. He now lives in the Pacific Northwest with his wife, Jody, a retired firefighter. He enjoys spending time with his adult kids and three grandchildren.
Reasonable Doubt May Not Outweigh Reasonable Fear
See more...
Advertisement

Opinion| The Jury’s Decision Could Have Been For More Than One Reason Imagine being a juror on the Derek Chauvin case? One of the most significant trials of the 21st […]

Philadelphia Public Schools Teach Kindergarteners That America Was Built On A "Pyramid Of Hate."

NBA superstar LeBron James tweeted and then deleted what amounted to a threat aimed at the heroic police officer who shot and killed a knife-wielding teen in Ohio on Tuesday. […]

Following a year in which police officers have been branded the human face of evil to so many indoctrinated Americans, wearing a badge now comes with more risks than ever […]

A high-ranking police officer in Virginia was fired after his anonymous $25 donation to Kyle Rittenhouse’s legal defense fund was revealed following a suspicious data breach at GiveSendGo, a Christian […]

Republican U.S. Senate candidate and former North Carolina Rep. Mark Walker believes that conservative policies offer the best opportunity for people of all races to live out the American dream. […]

Breonna Taylor Officer Speaks Out: 'This Had Nothing To Do with Race'

A Louisville police officer who participated in the raid in which Breonna Taylor was shot to death said her death had nothing to do with race, but the reaction to […]

Flashback: The Strikingly Similar Case to George Floyd You Never Heard About - The Man Was White

This case could kill the left’s woke narrative on systemic racism in the police force. A year before the death of George Floyd, which inspired months upon months of protests […]

Former Minneapolis Police officer Derek Chauvin was found guilty by a jury of his peers of second-degree unintentional murder, third-degree murder, and second-degree manslaughter in the death of George Floyd. […]