The taxpayer-funded, left-wing network PBS was torched on Twitter for having singer Vanessa Williams perform the “black national anthem” during its annual July 4 celebration of America’s birthday.

Williams sang the gospel song “Lift Every Voice and Sing” — which some have called the black national anthem — during a live broadcast Sunday in recognition of the establishment of Juneteenth as a federal holiday.

“It’s in celebration of the wonderful opportunity that we now have to celebrate Juneteenth,” the actress gushed to The Associated Press last week.

The June 19 holiday commemorates the emancipation of black slaves, who were freed by Republican President Abraham Lincoln.

Williams was thrilled that PBS pandered to its predominantly left-wing audience by virtue-signaling with a separate, race-based tribute.

“We are reflective of the times and I’m happy to be part of a tremendous show that the producers are aware and willing to make the changes that have happened within the past year and a half,” she told the AP.

She said the song was “definitely reflective of George Floyd and how everybody felt that pain.”

Floyd’s May 2020 death was the catalyst for countless BLM riots, protests and looting in Democrat-controlled cities across the nation.

While the “black national anthem” did not replace the official U.S. national anthem during the PBS “Capitol Fourth” celebration, the divisive gesture ignited a heavy backlash.

It’s offensive for PBS — which is heavily subsidized by taxpayer dollars — to push a race-based anthem that caters to 13 percent of the U.S. population and essentially alienates the other 87 percent.

Black Republican Billy Prempeh, a congressional candidate in New Jersey, was disgusted that the left was pushing a separate anthem for black Americans.

“The radical Left is actively pushing to turn America into the RACIST country they claim it to be,” Prempeh tweeted. “America is NOT a racist country & I REFUSE to sit back & allow the woke mob to transform it into one. Those pushing the ‘Black national anthem’ are RACIST. Period.”

The radical Left is actively pushing to turn America into the RACIST country they claim it to be.

America is NOT a racist country & I REFUSE to sit back & allow the woke mob to transform it into one.

Those pushing the “Black national anthem” are RACIST.

Seems like a fine song, but don’t call it a “black national anthem.”

We’re one country, in case you forgot. https://t.co/mL3dufXkxL

A black combat veteran said she will always stand for “The Star-Spangled Banner” and refuses to recognize a separate “black national anthem.”

I’m a proud American. I stand for the national anthem, always have.

My name is Shukri Abdirahman. I am a former African refugee and a U.S Army combat veteran. I take pride celebrating the independence of our country on FOURTH JULY!

In December, Democratic electors in Michigan stood to honor the “black national anthem” before casting their electoral votes for then-presumptive President-elect Joe Biden.

Until recently, many Americans never even knew that a black national anthem existed because black and white civil rights activists fought for decades to end segregation.

Now, race-baiting Democrats want to make segregation great again. Fortunately, not only is the right taking notice of this dangerous trend, but many are fighting back.

In May, a group of parents filed a federal lawsuit against a Massachusetts public school district after it discriminated against white students by instituting race-based classroom segregation.

Similarly, Democratic Chicago Mayor Lori Lightfoot came under fire after declaring that she would only grant interviews to black or brown journalists.

As ⁦@chicagosmayor⁩ reaches her two year midway point as mayor, her spokeswoman says Lightfoot is granting 1 on 1 interviews – only to Black or Brown journalists pic.twitter.com/PAUsacD9Gj

Earlier this year, Columbia University in New York City was lampooned on social media after announcing it planned to hold separate graduation ceremonies that divided students by race and sexual orientation.

Racially and sexually segregated graduation ceremonies. One of the ‘best’ universities in the world. 2021.

If you want to know what going backwards looks like, this is it.https://t.co/KRUuEMGTSI pic.twitter.com/1TNeCxWpXg

The irrational race-hustling of today’s left has caused the civil rights movement to regress several decades.

If Democrats and their media lapdogs were doing this to promote racial harmony and equality, that would be commendable. However, they are merely stoking the race wars as part of a cynical power grab.

Fortunately, more Americans now realize this and are starting to reject this leftist lunacy masquerading as faux “social justice.” 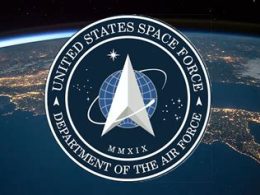 Outgoing Secretary of the Air Force Barbara Barrett announced on Wednesday that Huntsville, Alabama, has been selected as… 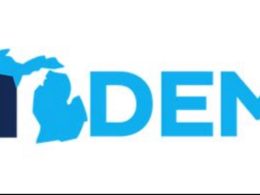 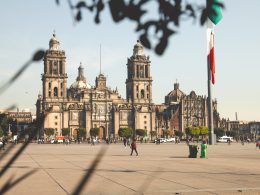 Several Americans, particularly from California, have made the move down to Mexico City to escape the rising cost… 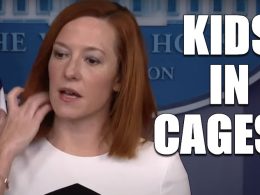 The Biden administration is reportedly not allowing the media to go into migrant facilities, citing the coronavirus pandemic…
Total
5
Share