House Speaker Nancy Pelosi recently picked a retired United States Army general to conduct a security review of the Capitol in the wake of an incursion into the building on Jan. 6, but his past remarks paint a troubling picture for Washington, D.C.’s future.

Retired Lt. Gen. Russel Honore will lead the assessment of Capitol defenses before, during and after the January riot, a role Pelosi handpicked him for on Jan. 15, according to NBC News.

While Honore served in the American armed forces for decades, his documented outspoken beliefs against Republican lawmakers and even our constitutional rights have many worried.

Images and social media blurbs posted by the retired officer show he is nowhere near an impartial party, threatening the fairness and objectivity of his review.

In one now-deleted Tweet, Honore called Missouri Republican Sen. Josh Hawley a “little peace [sic] of s—,” who should be chased out of the D.C., echoing the same anti-lawmaker rhetoric he is supposedly tasked with defending against.

One picture even shows Republican lawmakers as cans of volatile gasoline dangerously close to an overhead fire. On the ground, spilled gas spells out the word “Sedition.”

Despite his time in the military defending the Constitution, the retired general appears to be against public displays of Americans’ Second Amendment right to bear arms — at least in some instances.

On Jan. 11, Honore called for “no Second Amendment rights” at First Amendment protests, even tagging Pelosi and then-President-elect Joe Biden.

The next day, Honore went so far as to mock Americans exercising their rights as “Stuck on Stupid” for carrying firearms at a protest.

“We Can’t Permit 2nd Amendment Rights At 1st Amendment Protests,” the words on a meme posted by Honore read. “There Is No Sane Reason To Permit Guns At A Protest, NONE! Period!”

Honore’s takes on Republican lawmakers, including calling Colorado Rep. Lauren Boebert “stupid” and demanding she be put on the no-fly list, hints that any action he takes in D.C. would be heavily biased against conservatives, and his subjective approach could leave massive gaps for bad actors to exploit.

For now, the retired Army officer’s advising role means that he will have little direct impact on Americans and the nation’s capital.

However, others acting on his potentially biased suggestions and advice could reshape Capitol defenses however they see fit.

As the aftershocks of Jan. 6 continue to impact America, it’s clear that we need level-headed and objective experts advising our leadership, not overtly partisan players. 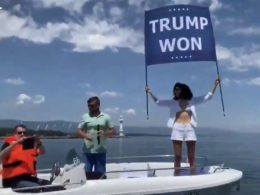 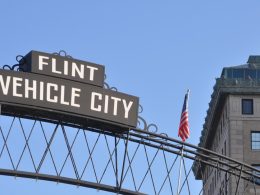 Transparency is something the Democrats love touting but loathe doing. After peddling so many fraudulent accusations against former… 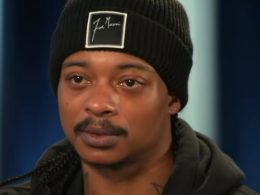 Jacob Blake, the man who was shot multiple times in Wisconsin last summer after failing to comply with…
Total
6
Share