Despite its public opposition to the Russian war in Ukraine, Pfizer announced that it will continue its medicinal supply of pharmaceuticals to Russia.

The company also declared that all revenue from Pfizer’s Russian subsidiary will be donated to causes that provide direct humanitarian aid to the people of Ukraine. This is in addition to Pfizer’s already announced donations to Ukraine.

“Pfizer concluded that a voluntary pause in the flow of our medicines to Russia would be in direct violation of our foundational principle of putting patients first. Ending delivery of medicines, including cancer or cardiovascular therapies, would cause significant patient suffering and potential loss of life, particularly among children and elderly people.”

Pfizer will halt new clinical trials and enrollment of new patients in existing Russian clinical trials. Pfizer promised to collaborate with the FDA and other regulators to relocate all ongoing clinical trials outside of Russia. It also committed to continuing to provide critical medicines to patients already enrolled in clinical studies.

While the company doesn’t own nor operate manufacturing sites within Russia, it also promised to cease its “planned investments with local suppliers intended to build manufacturing capacity in the country.”

It claims that “these decisions align with our patient-first values and ensure that every dollar of profit derived from Russia will strengthen Ukraine and its people as they continue to valiantly defend their nation and freedom from this unprovoked and unjustified attack.” 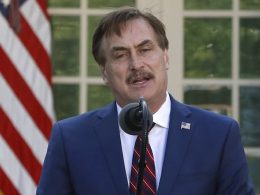 Mike Lindell, founder and CEO of MyPillow says he is been developing a social media application that would… 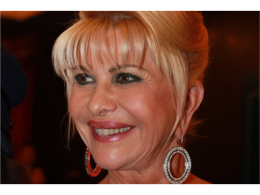 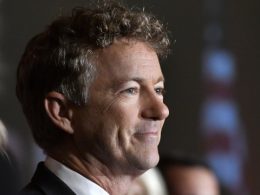 Editors Note: As of 2:28 PDT the second tweet is unavailable for view as it has been flagged… 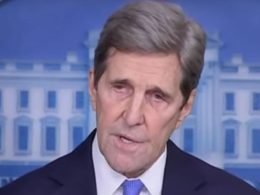 Climate czar John Kerry has reportedly traveled more than 180,000 miles as part of the Biden administration. A…
Total
6
Share