Piers Morgan doubled down on his criticism of Meghan Markle following her bombshell Oprah interview.  He quit his job and stormed off the set of “Good Morning Britain.”

Morgan tweeted his thoughts after reflecting on the matter.  He maintained his harsh criticism of Markle saying it was simply a form of free speech.

“On Monday, I said I didn’t believe Meghan Markle in her Oprah interview. I’ve had time to reflect on this opinion, and I still don’t. If you did, OK,” Morgan wrote.

“Freedom of speech is a hill I’m happy to die on. Thanks for all the love, and hate. I’m off to spend more time with my opinions.”

Speaking outside his home in London, Morgan said: “I don’t believe almost anything that comes out of her mouth and I think the damage she’s done to the British monarchy and to the Queen at a time when Prince Philip is lying in hospital is enormous and frankly contemptible.

“If I have to fall on my sword for expressing an honestly-held opinion about Meghan Markle and that diatribe of bilge that she came out with in that interview, so be it.”

He added: “I think it’s fair to say, although the woke crowd will think that they’ve cancelled me, I think they will be rather disappointed when I re-emerge.”

The Guardian and The Telegraph both reported a formal complaint was lodged with ITV on behalf of the Duchess of Sussex after Monday’s edition of “Good Morning Britain” when Morgan questioned whether Markle was being truthful in her bombshell interview Sunday with Oprah Winfrey.

“We’re not commenting on this,” an ITV spokesperson told Fox News, without denying a formal complaint was filed. 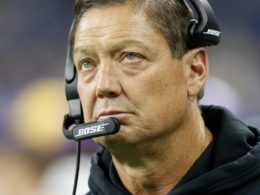 Offensive line coach of the Minnesota Vikings, Rick Dennison, has reportedly stepped down from his position after refusing to get… 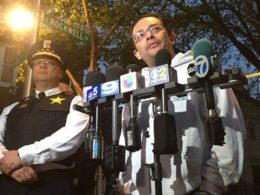 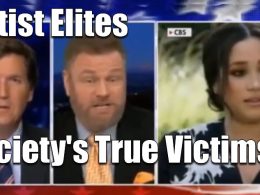 Mark Steyn: ‘Monarchy Isn’t Going To Get Taken Out By… The Pathetic Meghan Markle Cult’ [VIDEO] 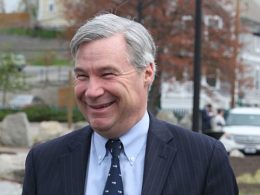 Democrat Sen. Whitehouse, his wife, and both of their extended families have been members of one of Rhode…
Total
0
Share