POLL: Almost Half Of Republicans Would Leave GOP For A Trump Party

Suffolk University-USA Today poll released Sunday shows that Donald J Trump is still in control of the GOP and by a nearly 2-to-1 margin, Republicans would leave to follow the former President to new a third party.

“We feel like Republicans don’t fight enough for us, and we all see Donald Trump fighting for us as hard as he can, every single day,” Brandon Keidl, 27, Republican small-business owner from Milwaukee told USA Today after being polled. “But then you have establishment Republicans who just agree with establishment Democrats and everything, and they don’t ever push back.”

According to the poll, 46% of Republicans would follow Trump to a new party, compared to just 26% that would stay with the GOP; the rest remain undecided. A majority of Trump voters (54%) are more loyal to the candidate than the party (34%).

Only 19% believed Republicans should turn away from Trump and remain loyal to establishment Republicans.

There is also “a seismic shift in the landscape of trusted news sources for conservatives in the country,” according to Suffolk University Political Research Center Director David Paleologos.

In the survey conducted among 1,000 Trump voters between 15 February and 19 February, nearly 80 per cent of the respondents said that they were less likely to vote for a Republican candidate who had supported the impeachment of their former commander in chief.

About 85 per cent of participants said that they would vote for Trump in 2024 if he won the Republican nomination for president.

Fox News had polled at 58% of their most trusted news source in October 2016, but that figure dropped to just 34%. Newsmax is now most trusted by 17%, followed by American News (OANN) at 9%.

The Suffolk-USA Today poll surveyed 1,000 Trump voters last Monday through Friday with a margin of error of plus or minus 3.1 percentage points. 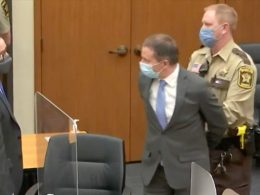 Guilty On All Charges 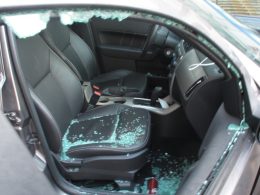 The smash and grab robberies occurring in San Francisco are running rampant. Cars are broken into almost daily,… 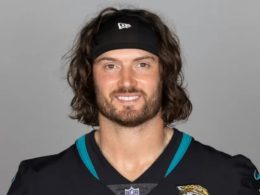 Jacob Hollister, the tight end for the Jacksonville Jaguars, chose Live Action as his charity of choice for…