“Ponies” Are Not the Main Focus This Derby Day

Derby City attempted to wade back into normalcy Saturday with a regularly scheduled running of the 147th Kentucky Derby. The first Saturday in May has long taxed the city’s police department. It’s an “all hands on deck” event, which is routinely supplemented by the Kentucky State Police and several National Guard units. This race day was different due to the crowd at the track being limited because of COVID-19. However, the decrease in necessary police presence at the track offered little relief to the Louisville Metro Police Department. They currently operate with more than 250 fewer officers than their authorized strength. Such a shortage, coupled with the need for officers assigned to the event, leads to a deficit of officers available to patrol and make routine calls for service.

Facing those challenges proved to be even more difficult Saturday as officers in the city’s 5th Division responded to reports of protesters blocking the streets in a popular neighborhood. Louisville’s Highlands is an area known for its eclectic shops, pedestrian traffic, and locally-owned restaurants with outdoor dining. Shop windows up and down its main traffic artery are adorned with signs and placards declaring support for the protesters’ causes. Nonetheless, the crowd came to the cause celebre-friendly area and employed their tactics while drawing the attention of people out enjoying a beautiful evening and celebrating the most incredible two minutes in sports.

Medina Spirit had just crossed the finish line and was posing for pictures in the winner’s circle when LMPD went live on Facebook with footage of a demonstration that resulted in the arrest of two women. The women were in custody prior to the live stream, and officers were walking with them eastbound toward the main road. The law enforcement professionals ignored vulgarities spewed in their direction and the distractive demands to explain the purpose of the arrests. The officers stopped abruptly as a group of people started walking toward them from the main road. One of the arrestees went limp and had to be carried by several officers. This maddened the crowd even further. Fearing for their safety and attempting to avoid getting surrounded, the officers turned around and retreated, going westbound with their prisoners. As they withdrew to the somewhat safe refuge of their squad cars, a police major stepped in to stop the protesters on the sidewalk. Officers quickly joined him to blockade the walkway. Another officer shouted commands to form a line. The officers used the breadth of the squad cars and filled in the gaps between them in order to halt the crowd and avoid being surrounded. The men and women of LMPD showed admirable restraint and were undaunted by the childish attempts to goad them to behave regrettably.

At the same time, a short walk away, two outdoor diners stood their ground as marchers encroached upon the alfresco seating at a local eatery. The two men stood with guns drawn as the demonstrators surrounded them. The tense standoff was captured on video. The showdown ended peacefully. Had the clash erupted in gunfire, LMPD’s response would have been hampered by the mob of protesters positioned between them and the restaurant.

Such were the anxieties of the handful of LMPD officers who had to clamor for their safety this Derby Day. Worries of being surrounded and assaulted, not to mention the constant absorption of verbal abuse, are not the typical concerns of a Louisville cop on the first Saturday in May. They usually try to keep the city safe, the traffic moving, and find out who has the inside scoop on the goings-on with the ponies at the backside of the track. This small band of blue held it together and showed themselves to be the cooler heads that need to prevail during this season. God bless them. 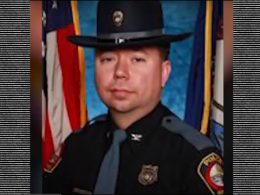 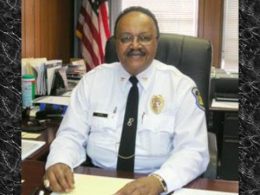 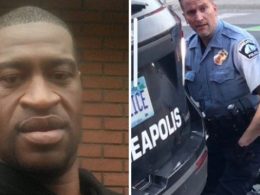 College basketball has wrapped up its season just in time for the next media spectacle. Who doesn’t enjoy… 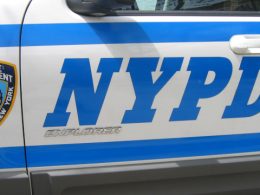 Many police officers across the nation have found themselves on the skids recently for actions they’ve taken. This…
Total
0
Share