One of the worst earthquakes in decades hit a remote, mountainous area of eastern Afghanistan early on Wednesday, killing 1,000 people and wounding 1,500 more, according to the state-run news agency. Officials believe the death toll may continue to rise. While information on the magnitude 6.1 quake that occurred close to the Pakistani border is still scarce, quakes of that size can cause significant damage to houses and other buildings that are poorly built.

The quake presents a significant test for the Taliban-led government, which came to power last year as the United States prepared to leave the nation and put an end to the 20-year war. Many international relief organizations departed Afghanistan when the Taliban took control, making rescue efforts a challenge. In Afghanistan, getting to rural areas is tough in the best conditions and damaged mountain roads will now make the task even more difficult. A Taliban official requested international assistance in light of these challenges.

PBS reports that the death toll is comparable to an earthquake that struck northern Afghanistan in 2002. These are the worst earthquakes since 1998, when at least 4,500 people were killed by a 6.1-magnitude earthquake and associated aftershocks in Afghanistan’s remote northeast.

According to Robert Sanders, a seismologist with the U.S. Geological Survey, an earthquake of that size would not typically cause such significant destruction. However, the death toll from an earthquake is frequently influenced by topography, the condition of the buildings, and population density. He stated, “Because of the mountainous area, there are rockslides and landslides that we won’t know about until later reporting. Older buildings are likely to crumble and fail.” He added that “Due to how condensed the area is in that part of the world, we’ve seen in the past similar earthquakes deal significant damage.”

According to the European Seismological Agency, 119 million people felt the quake across 310 miles in India, Pakistan, and Afghanistan. Devastating earthquakes have long been a threat in South Asia’s mountainous Hindu Kush area, which includes Afghanistan. 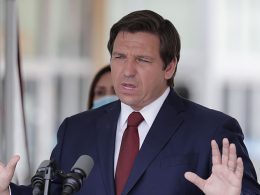 Florida Gov. Ron DeSantis: ‘We Are An Oasis of Freedom… In A Country Under The Yoke Of Oppressive Lockdowns’

Gov. Ron DeSantis proclaimed Florida an “oasis of freedom” from coronavirus restrictions Friday as he kicked off the… 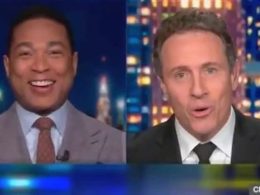 CNN’s Chris Cuomo To Buddy Don Lemon: “You know I’m black on the inside.” [VIDEO]

Do you remember when Chris Cuomo compared an Italian / American being called ‘Fredo’ to the ‘N’ word?… 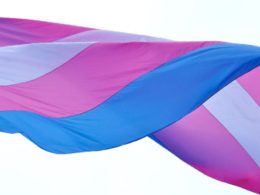 A recent report revealed that approximately 1.64 million people over the age of 13 in the United States… 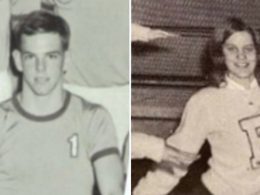 It was the spring of 1968. Two families were meeting to talk over less-than-ideal circumstances. Donna Horn, a…
Total
2
Share