White House press secretary Jen Psaki was unable to answer a question about vaccination centers for the second time at Friday’s media briefing.

A reporter mentioned that the Federal Emergency Management Agency asked for active-duty troops to be used at vaccination centers, and he asked Psaki if the White House supports this.

The same question was posed to her at a previous briefing, which she admitted.

“I did ask our team about this,” Psaki said. “You or someone else may have asked about this the other day.”

Despite the extra time, Psaki was once again unable to answer the question. After fumbling through her papers to no avail, she repeated the line that she would “talk to [her] team about it,” which she was supposed to have done already.

When you follow up on one of Psaki’s ‘circle backs’ pic.twitter.com/w0q0xRTwTz

Psaki has received criticism for using the phrase “we’ll have to circle back” to avoid answering questions that she does not want to, or know how to, answer. The video below shows her using this exact phrase many times.

It seems that the problem with promising to “circle back” with reporters is that they expect you to actually do it. Psaki seemed generally unprepared and surprised that this reporter would actually follow up on a question she told him to follow up on.

Despite its humorous nature, this incident underscores a bigger issue — Democrats have become too accustomed to preferential treatment by the establishment media.

The entire job of the media is to report the news, which involves holding people in power accountable. The establishment media had no problem doing that with former President Donald Trump.

“You can’t just go and trash the press and totally lie to the American people and tell them real news is fake news,” CNN reporter Jim Acosta told The Atlantic in December.

He went on to call the Trump presidency a “nonstop national emergency.” In the same interview, however, Acosta said the press needs to go easy on Biden.

“I don’t think the press should be trying to whip up the Biden presidency and turn it into must-see TV in a contrived way,” he said.

Don’t worry, though, it’s not a double standard.

“If that sounds like a double standard, Acosta told me it’s not partisan — it’s a matter of professional solidarity,” McKay Coppins, the author of the article, said.

Other leftist reporters are also treating Psaki and the Biden administration much differently than they treated the previous one. CNN anchor Brian Stelter ran a chyron on a live stream (which he later admitted to writing) calling Psaki’s promise of honesty “refreshing.”

Here’s a newsflash for Stelter and any other reporter with the same sentiment — every politician or spokesperson is going to claim to tell the truth. No one is going to say, “I promise to lie to you from this podium.”

As the media, your job is to report whether they actually ARE telling the truth or not, not to take them at their word and be done with it. The reporter from Friday’s briefing deserves credit for not being silenced and actually attempting to force Psaki to keep her word about “circling back.”

Unfortunately, the same cannot be said for many other reporters in that briefing room. 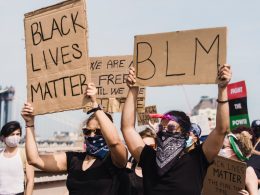 Who didn’t see this one coming (okay, one guy sitting way in the back, but everyone else did)?… 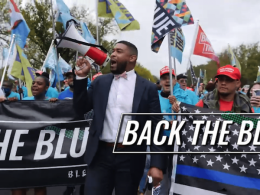 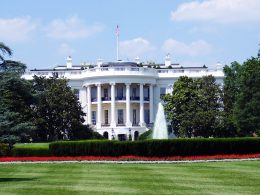 This fall, President Joe Biden will hold a wedding reception at the White House for his eldest granddaughter,…
Total
1
Share