Florida could soon give people convicted of certain crimes the option of serving time in the military instead of behind bars. The Blaze reports that Democrat Senator Darryl Rouson introduced Senate Bill 1356 on December 21, allowing qualifying offenders to join the military in lieu of jail time. Under the plan, the criminal would have to be no older than 25-years-old, with a sentence of no more than four years. Additionally, the person cannot be charged with multiple felonies or be a violent career criminal.

The convicted individual would also have to fulfill any financial responsibilities incurred due to sentencing and pass the Armed Services Vocational Aptitude Battery test. If a convicted person does not meet the imposed requirements, they will have to return to court for resentencing. If the bill is passed and made law, it would bring back the practice of judges ordering offenders to serve in the military, which was standard practice until the Vietnam War.


Vietnam veteran Joe West told WCTV, “It made a lot of good people out of people that may have gone a different path had they not had that option.” West noted that the legislation could help curb violent crime while promoting patriotism among criminals, stating, “I think it would help them understand our country better and I think it would give them a love of country that a lot of them these days are lacking.”

Barney Bishop, a spokesperson for the Florida Smart Justice Alliance, a group dedicated to criminal justice reform, endorsed the bill as well. He said that the proposal has appeal, especially for the nonviolent criminals that his group aims to assist.

If the bill passes, it will face multiple challenges before it can be fully implemented. Military publication Task & Purpose explains that “the all-volunteer military is under no obligation to accept anyone.” Military.com also noted that the armed forces have a high standard for a moral character that precludes those with a major criminal past from enrolling unless a waiver is granted. Waivers are handled on a case-by-case basis and require numerous letters of reference from police officers, school authorities, or religious leaders attesting to the applicant’s improved behavior and suitability for service.

In September, ​​Democratic Representative Patricia Williams proposed a similar bill, H.B. 187. It has since been in the Criminal Justice & Public Safety Subcommittee. If signed into law, both S.B. 1356 and the related house bill would take effect on July 1, 2022. 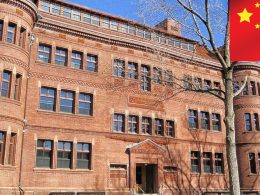 Dr. Charles Lieber, a Harvard professor, was found guilty of federal charges brought against him for hiding his… 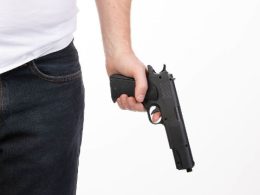 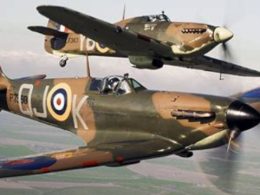 In a world whose news is, unfortunately, a lot of fire and brimstone, the Tatum Report brings you…