The Left is constructing a two-tiered criminal justice system. The Ohio Star reported, “Feds Quietly Dismiss Dozens of Cases Against Antifa Extremists Who Terrorized Downtown Portland Last Summer.” You’ll notice the radicals don’t refute these accusations. They simply don’t talk about the issue and just go about making it happen through Soros-funded “prosecutors.”

Saul Alinsky acolyte Hillary Clinton has gotten away with too many alleged crimes to keep track of. And yet, she appears supremely confident in her untouchability. When the Left is in power, the feds protect her. When the Right is in power, the deep state protects her. All this while the House impeached President Trump—twice—based on provable hoaxes.

President Obama’s DOJ sent Dinesh D’souza to federal prison for doing much less than some Democrats have done without going to prison. An FBI/CNN SWAT team showed up at Roger Stone’s home and arrested him when most in his position are allowed to surrender themselves. President Trump corrected the inequity and pardoned D’souza, and commuted Stone’s sentence.

The Left tried their best to accuse Donald Trump Jr. of illicit behavior. But they couldn’t find what wasn’t there. And, apparently, they could not fabricate an effective hoax with which to accuse him. 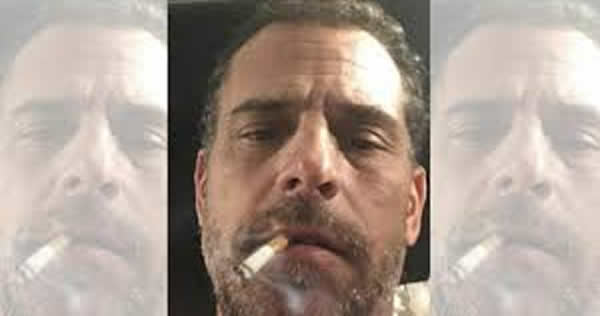 On the Left, another infamous name proves the two-tier argument: Hunter Biden. We all know about Hunter’s shady and icky past. And, probably worse, we watch social media protect him—and the Biden family. There’s the social media censoring of a New York Post story about Hunter Biden published just before the 2020 presidential elections. According to PJ Media, “Facebook, Twitter, and Google censored the stories before the election, while Biden’s friends derided those like Giuliani as conspiracy theorists and hackers.”

So, what about two-tiered justice for ordinary Americans. There is now a criminal justice system where you are likely to have charges dropped if you are arrested at a violent left-wing political assembly. That’s if you are even arrested or charged at all. However, suppose you are arrested, or just present, at a right-wing political gathering. In that case, you are likely to be investigated, charged, and incarcerated—and find the warden chucked your cell key into the Potomac.

There are examples of this unequal justice saturating the news lately. Mike LaChance at American Lookout wrote, “As Trump supporters sit in jail for what happened at the Capitol on January 6th, we are reminded we are now living in an America where justice depends on your political views.” Leftist rioters get away with felonies while conservative trespassers languish in jail or are “investigated” by the FBI. The effort is so aggressive I heard a man describe Biden’s FBI came to his home, and he wasn’t even at the Capitol during the incident. Five or six officers in my department are under investigation just for being at a political rally. The Left has an agenda, they have momentum, and they believe they have a weak enemy. They may be right.

Many do what they can, speaking out, educating folks, and attempting to inspire them to action. However, the conservatives with true power, those in Congress, most Republican senators and representatives, seem flaccid. There are 50 Republicans in the Senate, and we regularly hear from only a handful. There are 212 Republicans and 218 Democrats in the House. Like the Senate, why do we hear from only a smattering?

These Republicans need to realize the Left used to be political opponents, a loyal opposition with whom they argued details. Now the Democrats are political and cultural enemies with whom conservatives, hopefully, led by Rs in Congress, are in a battle for the soul of our republic. This is not an overstatement.

In the past few days, the person occupying the Oval Office declared his happiness for a guilty verdict of Derek Chauvin. And he never misses a chance to praise George Floyd, who was committing a crime when Chauvin showed up on the scene. And that same person also came out against a police officer who saved a young black girl’s life from an attacker who was about to stab her with a knife. How much more evidence of an organized, concerted push from the top for a two-tiered justice system do we need?

Related:
Elon Musk Suspends Use of Bitcoin for Tesla Cars

But, if you need more, let’s close with this. Walgreens announced it will close 10 locations in San Francisco. But why, you ask? The radical prosecutor and former employee of Venezuelan dictator Hugo Chavez, Chesa Boudin, refuses to prosecute thefts under $950. Shoplifting has decimated Walgreen’s ability to conduct business in the city. Boudin considers these thefts “survival crimes.” Well, Boudin’s two-tiered justice system sure doesn’t care about the survival of his city’s business owners.

Reparations or Revenge?
Replacing Equal Justice with Social Justice
Destroying Policing As We Know It
The Anti-Cop Onslaught Continues, Here is What We Can Do About It
Reasonable Doubt May Not Outweigh Reasonable Fear
See more...
Advertisement