In the interview with Fox, Wendy said that although the trial was other, “it’s gonna take time” for Kyle to get over the trauma of the last year. She said that her son still “wants to go to school” and “play with his dog Milo” but that it will always “be different for him because there’s gonna be people out there who want to hurt him.”

Wendy Rittenhouse said she was “relieved” for Kyle when she heard the verdict. “I started crying, my girls were crying – just seeing Kyle’s face and him just collapsing to the floor, it was just overwhelming,” explained Ms. Rittenhouse.

She described the moments after the verdict where security had to rush the family out of the courthouse for their safety. “We were like running down hallways, going through elevators,” described Wendy.

In a teaser for Kyle’s interview with Tucker Carlson airing Nov 22 on Fox, Kyle appeared smiling as someone off-camera asked him to comment on the jury’s decision. “The jury reached the right verdict,” Rittenhouse said smiling. “Self-defense is not illegal. I’m glad that everything went well, and it’s been a rough journey, but we made it through the hard part,” he added.

A sentiment Wendy Rittenhouse echoed in her interview agreed that the not guilty verdict was correct. But she added, “It’s not about winning or losing. There [were] two people who passed away, and families have to grieve.” Wendy said her son, who lives with PTSD from the repeated attempts on his life, “does have remorse.”

Wendy indicated that Kyle’s next chapter includes dealing with the possible defamation lawsuits many conservative pundits hope Kyle and his family file against the media and big tech platforms like Facebook and GoFundMe, who denied Kyle’s presumed innocence. Wendy Rittenhouse told Fox News that the family is looking into “legal action against people who they believe slandered Kyle Rittenhouse.”

Over the weekend, Kyle was spotted in Florida smiling at a restaurant with his mother and associates.

Kyle and his family are visiting the great state of Florida. Welcome to our free state and enjoy your time here! 🌞 pic.twitter.com/BmXytfomIf 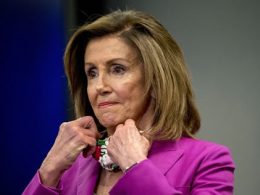 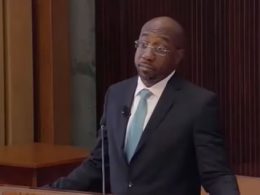 On Feb. 1, Stacey Abrams was nominated for the Nobel Peace Prize for, as Reuters reported it, “her… 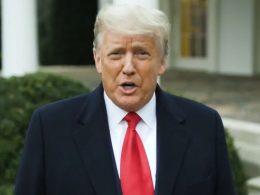 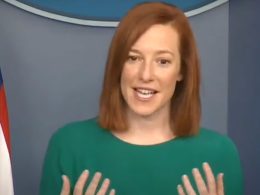 Press Sec When Pressed on Judge Blocking Biden’s Deportation Freeze: ‘Get Some Sleep This Weekend’