The trial of Ronnie O’Neal, a Florida man accused of double murder, captured the country’s attention. However, his fate was learned when a jury found him guilty of the horrific murders of his 9-year-old daughter and his two children’s mother.

There were moments throughout the trial that were very reminiscent of the infamous 1979 Ted Bundy trial in Miami, Florida. Judge Michelle Sisco praised O’Neal’s defense efforts, but she suggested that he consider allowing a state-appointed counsel to take over for the sentencing phase.

“As you are aware, it gets no more serious for any defendant in any criminal courtroom in this country than what you are facing now,” she told O’Neal, who nodded. She adds in there, “I have to tell you in another lifetime you would have been an excellent lawyer.” The judge reminds O’Neal that this next phase is very complex. “I’m really going to strongly encourage you to consider allowing counsel to now step in and represent you.” O’Neal will have a public defender to represent him for sentencing.

During closing statements, the prosecution replayed the fateful 911 call from 33-year-old Kenyatta Barron, Oneal’s girlfriend, as she begged for her life. At that point, prosecutors said that she had already been shot, and O’Neal could be heard shooting her with a shotgun while the recording continued.

O’Neal’s counterargument was as emotionally driven as his opening statement, and at one point, he even confessed to the murder. O’Neal believes the Hillsborough County detective who later adopted his son supervised him on what to say.

“I did kill Kenyatta Barron, but I want you to tell it like it is if you’re going to tell it,” he said.

The incident between Barron and Oneal occurred in the middle of the night, waking a nearby neighbor who was an eyewitness to the killing. O’Neal’s neighbors testified that he saw him strike and shoot Barron. Barron’s body was discovered outside of her residence.

The call between dispatchers and the victim lasted approximately four minutes. Barron can be heard screaming and pleading for assistance as she informs the dispatcher that she had been shot.

A neighbor, who wanted to remain out of the public eye, testified that “His wife tried to run away and he went and he grabbed her and he stood over her striking her three times and he shot her.”

Oneal also attempted to stab his 8-year-old son to death before setting fire to him and the house. O’neal’s son’s name is Ronnie, but he now goes by a different last name after being adopted by one of the case’s detectives.

O’neal’s son staggered out of the house minutes after cops arrived, suffering from many stab wounds and serious burns, according to Hillsborough County authorities.

Oneal cross-examined the 11-year-old son he’s accused of stabbing and lighting on fire. The heartbreaking moment was their first time speaking to each other three years after the murders took place.

His son testified virtually and was able to describe the horrific night to the best of his ability. O’Neal was allowed to cross-examine his son, his son’s response was not as he hoped for. 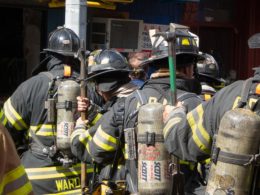 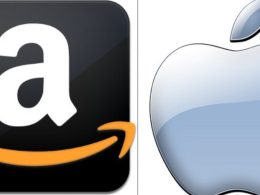 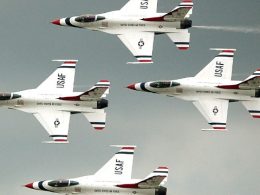 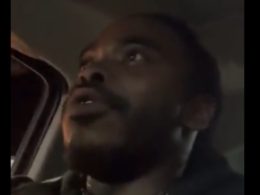