San Francisco officials are working on a plan to replace the city’s public trash cans. KTVU reports the high-tech prototypes will cost around $20,000 each, but the actual order of approximately 3,000 cans would cost much less.

The San Francisco Department of Public Works said that the public trash cans currently in use are often targets of people looking for valuables. Public works director Alaric Degrafinried stated, “they pick the lock, they dump the whole can on the street and then sort through the things they want while the garbage is either on the sidewalk or out on the street.” The city is looking to develop the “next generation of trash can” that will better resist tampering and vandalism.

The Department of Public Works is launching a pilot program to the tune of $537,000 that they hope will help them find the perfect public trash can for the city. They are working with a contractor to design three trash cans, the “Salt and Pepper,” the “Slim Silhouette, and the “Soft Square.” They will order each can for $20,000. The custom designs all have roll-out liners that can be mechanically lifted and will be tested against standard off-the-shelf receptacles.

In discussing the testing program, Degrafinried stated, “this is really the best way to do it, because it will allow us to troubleshoot and get the best unit cost [in] the long run.” He also said the main reason for the high cost of the custom-designed cans is that they will be made in San Francisco “on a one-by-one basis, so there is a lot of manual labor that goes into that cost.”

The cans will be made out of stainless steel and have a sensor that will notify city officials when they are full. The department is looking to replace more than 3,000 trash cans across the city. That makes the cost between $3,000 to $4,000 each.

City Supervisor Matt Haney, who has been vocal in the matter of replacing the existing trash cans, has expressed concern about the costs saying, “how many prototype trash cans are being produced and what is the price of them? I saw the line item said 15 of them for $300,000? That is an extraordinary cost per can.” The department is hoping to lower the costs of the prototypes and get the best design on the streets of San Francisco next year.

In addition to the garbage issue, San Francisco has had a longstanding problem with homelessness and human waste on the streets. The city has also dealt with corruption. In January 2020, the then-head of the Department of Public Works, Mohammed Nuru, was arrested by the FBI and charged with wire fraud in an alleged bribery scheme. 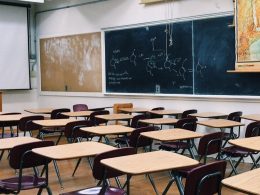 Libs of Tik Tok donates countless hours to uncovering the depravity in our society showcased on social media.… 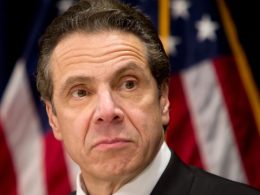 Following a weekend of chaos and six months of escalating gun violence, Gov. Andrew Cuomo has issued the first-in-the-nation… 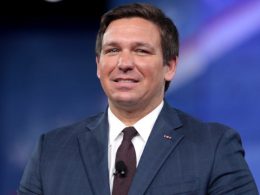 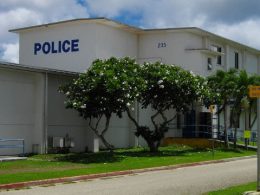