A week before Christmas, Santa Claus was riding around on a fire engine in Pilesgrove, New Jersey, when he sprang into action to help save a burning house and the people inside.

Santa and his crew were on their annual tour for only 30 minutes when they spotted smoke coming from the eaves of a 3-story single-family residence.

They didn’t hesitate to stop their parade and jump into action.

Santa himself went to the door to notify the home’s residents of the fire while the firefighters took to taming the flame.

Fire Chief Brian Facemyer reported that one adult female and five children in the home, all completely oblivious that their house was on fire until Santa and his firefighting crew arrived and notified them.

Facemyer explained the possible origination of the fire, “It appears it was some type of malfunction with the chimney; they had a wood stove burning, and the fire was in the wall alongside the chimney where the wood stove was.”

Together, they contained the fire damage to one side of a wall and a bathroom. There were no injuries, but the house was deemed uninhabitable, and the family was assisted with new lodging by the American Red Cross.

According to Facemyer, the home is in a rural area that wouldn’t usually see such a quick response. If the firemen hadn’t been in the area, the outcome would’ve likely become more tragic as the residents were unaware they were in immediate danger.

Facemyer was very proud of what Santa and the fire crews accomplished, saying, “The crew did a great job of transitioning from a community event and jumped right into service and did what they were trained to do. The crew reacted quickly and professionally, and hopefully [the family] can get back in the house and most importantly [we] didn’t have any injuries or anything worse.”

Santa put the rest of his rounds on hold for the night and resumed them the next day. 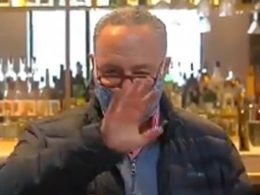 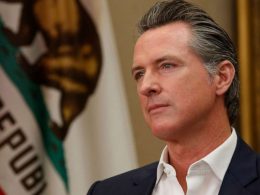 Oakdale public schools in California are joining the fight against Gavin Newsom’s vaccine mandate. Before winter break, the… 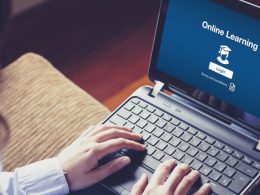