Several Republicans who objected to the Electoral College vote during the Jan. 6 debate marred by riots that swept through the U.S. Capitol are expected to be in attendance as President-elect Joe Biden takes the oath of office on Wednesday.

Republican Sens. Ted Cruz of Texas, Roger Marshall of Kansas, Tommy Tuberville of Alabama and Rick Scott of Florida will attend, according to Fox News. That would mean half of the GOP senators who objected to the results of the election plan to attend.

“I plan to attend and believe it is an important tradition that demonstrates the peaceful transfer of power to our people and to the world,” Scott said.

In a statement after Congress certified the Electoral College vote, Cruz said the objections he and others voiced were a part of the political process and represented the will of the American people.

“Millions of Americans who have peacefully expressed their deep concerns regarding election integrity deserve to have their voices heard,” Cruz said, according to the Texas Tribune. “I very much wish Congress had not set aside these concerns, but I respect the position each of my colleagues took. Debate in the two houses of Congress is the proper way to resolve our political differences, not through violent attacks.”

But the spirit of getting on with the business of the nation was not shared by former Rep. Beto O’Rourke.

The Texas Democrat tweeted that Cruz should be barred from the ceremony.

“Don’t let Cruz attend the inauguration. His attempt at sedition and his incitement to violent insurrectionists should result in his expulsion from the Senate. He certainly shouldn’t be allowed at a celebration of the peaceful transfer of presidential power,” O’Rourke tweeted.

Don’t let Cruz attend the inauguration. His attempt at sedition and his incitement to violent insurrectionists should result in his expulsion from the Senate. He certainly shouldn’t be allowed at a celebration of the peaceful transfer of presidential power. https://t.co/btv0qtnTJZ

Republican Sen. Josh Hawley of Missouri, who was a prime supporter of objections to the Electoral College vote, has not announced whether he would attend as of Sunday.

Some Republicans who will not attend cited either security issues or logistical ones.

“There are extreme security concerns,” said Republican Rep. Marjorie Taylor Greene of Georgia, according to Fox News. “20,000 National Guardsmen were brought in for a virtual inauguration.”

Republican Rep. Beth Van Duyne of Texas, who opposed the Electoral College vote from Pennsylvania, said she already had to adjust her district schedule due to the House impeachment vote last week.

“On Thursday, the Inaugural Committee added new COVID testing requirements that would require the Congresswoman to be in DC two days earlier than expected for inauguration,” Van Duyne spokeswoman Amanda Thompson said.

The ceremony will be very different than in past years. Due to security concerns, the National Mall has been closed. Several thousand National Guard troops will also be on hand. 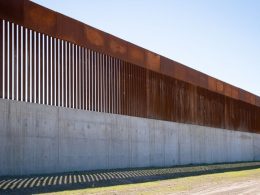 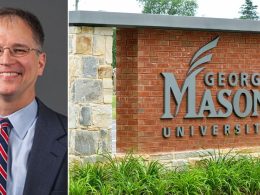 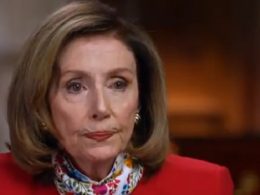 Speaker Pelosi: Trump ‘Is an Accessory’ to Murder as Her Inauguration Machine Gun Request Is Reported

If “Crazy Nancy” didn’t cover it before, it does now. House Speaker Nancy Pelosi established a well-deserved reputation… 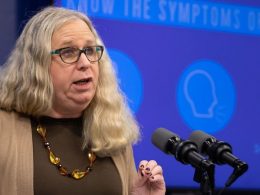 To Contact Biden’s White House, They Now Ask for ‘Pronouns’ Before Submitting Form