State governments across America have been dueling the past six months over the effectiveness of mask mandates to control the spread of Covid-19 after vaccines were released through President Trump’s Warp Speed plan,

Several states have adjusted their mask mandates since the latest guidance update from the U.S. Centers for Disease Control and Prevention (CDC). The agency announced on May 13 that people who are fully vaccinated against COVID-19 could forgo masks in most public settings, indoors and out.

So far, 18 states that had mask orders covering the general public have fully lifted them, and 11 states did not impose mask mandates at any point during the pandemic.

Yesterday, Iowa’s Gov. Kim Reynolds decided to sign a bill banning mask mandates in public schools across the state, following a similar mask-mandate ban in Texas earlier this week. Elected officials in Utah are pushing to keep mandates on face coverings out of schools.

“Iowa is putting parents back in control of their child’s education and taking greater steps to protect the rights of all Iowans to make their own health care decisions,” Ms. Reynolds said.

So why the sudden policy change? It seems that these states are simply just following the science.

Several states, including Texas, Florida, and Arizona, have seen record low numbers since rescinding the mask mandate. Despite the warnings from the Biden administration that scrapping the mask would result in mass casualties, the number of cases has begun to decrease dramatically since.

According to Reuters, states that are open have seen record low numbers since rescinding the mask mandate.

Deaths for the week of May 16 totaled 4,165, the lowest weekly death toll since March 2020, when the country reported 2,293 deaths. On average, approximately 600 people each day have died from COVID. That average is down from a peak of over 3,000 deaths per day for most of January.

It was just last week that average daily COVID-19 cases dropped below 40,000, for the first time in months.

However, it seems that leftists have a massive propaganda campaign to guilt-trip and bribe Americans into getting the COVID vaccines in order to return to basic normalcy.

Media contributions and radicals, like Nancy Pelosi, have been advocating for something representing a “vaccine passport” or recognition system that would permit the unvaccinated from entering into certain businesses and religious institutions.

House Speaker Nancy Pelosi said Thursday that she would continue to require House members to wear masks on the floor of the House chamber, despite updated guidance, and has already issued fines for members that refused.

“We have a responsibility to make sure that the House of the Representatives Chamber is not a petri dish because of the selfishness of some not to be vaccinated,” Pelosi said Thursday.

Some GOP politicians say it’s time to return to normal in the House of Representatives. Congresswoman Marjorie @MTGreenee and a group of her GOP House colleagues recently arrived on the House floor without masks, reinforcing the CDC’s new guidance on masks https://t.co/fcGpDJOJRf

According to a Politico report, Florida Representative Brian Mast, who is fully vaccinated, took a stand on Tuesday, saying that he’s “done” wearing masks and won’t wear them on the House floor anymore.

“I like to think I understand it, but it wouldn’t really matter to me if I was flouting them as well. I’ve been vaccinated. I’m told that I am now safe from getting this. So it’s a substantial portion of the House and the staff, let people live their lives. It goes so far beyond this. This ripples well down the chain. Because right now you have schools saying, can they make a segment of the population that is barely affected by this, get vaccines that we don’t even know the long-term effects of? Can employers make their employees share their health information? And if they don’t, they can be fired? And can the American people be fined for not for not complying with wearing a mask? Those are the ripples that come down from Washington right now.”

We must have leadership in America and accountability and action from our elected officials, especially when common sense and science have been censored. 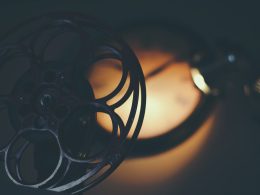 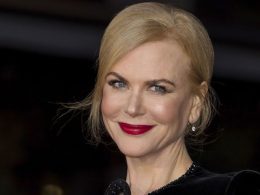 Even though Hong Kong has some of the most strict quarantining mandates, it’s as if they are picking… 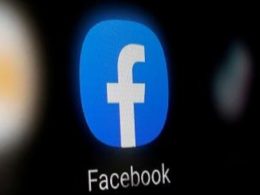 Facebook’s CEO, Mark Zuckerberg, announced yesterday that the company’s name has been changed to Meta Platforms Inc., or… 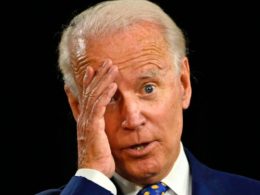 President Biden’s student debt relief proposal was again setback, this time by a federal judge in Fort Worth,…
Total
10
Share