Despite the President’s visit, Sen. Manchin and Sen. Sinema told Americans they are not supportive of changing the rules of the Senate to end the 60 vote threshold to pass new legislation.

HR 1 allows the federal government to control America’s election process, making what happened in 2020 look like child’s play. Effectively, HR 1 takes any approach by which States audited or updated their elections laws after the disastrous 2020 election and retroactively prohibits them.

HR 4, also known as John R. Lewis Voting Rights Advancement Act of 2021, ruins the future of free and fair elections in America by sending any elections laws or processes and forces it through Biden’s Civil Rights Division of the Department of Justice.

What’s the likeliness Joe Biden’s DOJ is going to approve harsher checks on mail-in voting or stricter voter ID laws? Very low if Biden’s own words are to be believed any States protecting its election process from fraud is simply enacting “Jim Crow 2.0” and “voter suppression.”

Sen. Sinema, who has supported earlier versions of both bills in the past, says that she will not end the Senate rules that require 60 votes to bring a bill up for debate in order to help Biden’s elections overhaul pass.

“While I continue to support these bills, I will not support separate actions that worsen the underlying disease of division infecting our country,” Sen. Sinema told the Senate. “Eliminating the 60-vote threshold will simply guarantee that we lose a critical tool that we need to safeguard our democracy from threats in the years to come. We need a sustained robust effort to defend American democracy.”

Sen. Sinema added that the two bills only help to “treat the symptoms” of voter suppression, “but they do not fully address the disease itself.”

Sen. Manchin also reiterated his support for keeping the Senate rules intact. “As I have said before, I will not vote to eliminate or weaken the filibuster,” Manchin told reporters.

“Ending the filibuster would be the easy way out. I cannot support such a perilous course for the nation when elected leaders are sent to Washington to unite our country by putting politics and party aside,” said Manchin. 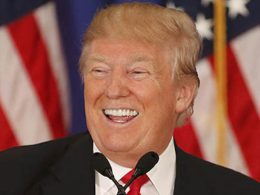 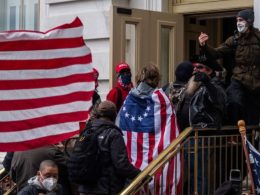 Who is Ray Epps? He was allegedly integral in the planning and directing the action of the January… 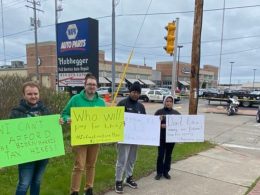 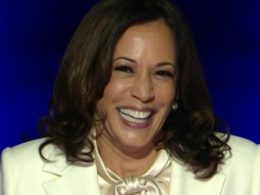 Conservatives are calling Kamala Harris’ recent comments, attempting to deflect her neglectful lack of an action at the…
Total
44
Share