The ban was instituted because the channel allegedly posted videos that either denied the existence of Covid-19 or touted the use of medications, hydroxychloroquine, and ivermectin. Videos that were posted prior to Thursday that did not violate policies are still up. If there are three strikes in a 90 day period, the YouTube channel may be permanently removed.

One day before the YouTube suspension Alan Jone’s regular column with The Daily Telegraph was ended. This was due to controversial Covid claims, “As well as him calling New South Wales chief health officer Kerry Chant a village idiot on his Sky News program.”

According to The Guardian, “The Daily Telegraph editor Ben English told Jones he was dropping his column because it didn’t ‘resonate’ with readers. Jones, 80, says he doesn’t believe his columns don’t resonate with readers. The public can check it for themselves. 35 years at [the] top of the radio – and I don’t resonate with the public? Honestly.”

YouTube reported that several offending videos had been removed but denied to confirm which Skynews videos they were from. Skynews’ YouTube channel has 1.85 million subscribers and cannot upload videos or live streams for one week. Revenue will be impacted under the YouTube Partner Program. This program gives them access to YouTube resources and features.

Ironically, this was the same day that Skynews launched their own free-to-air dedicated Australian channel. The new channel features all of the commentators from SKy After Dark, including Andrew Bolt, Peta Credlin, and Jones, as well as a new three-hour breakfast show.

A YouTube spokesperson told The Guardian Australia, “We have clear and established Covid-19 medical misinformation policies based on local and global health authority guidance, to prevent the spread of Covid-19 misinformation that could cause real-world harm. Specifically, we don’t allow content that denies the existence of Covid-19 or that encourages people to use hydroxychloroquine or ivermectin to treat or prevent the virus. We do allow for videos that have sufficient countervailing context, which the violative videos did not provide.”

Local Australian media regulators had a much different response to Skynews’ videos. Acma and Astra, Australia’s media authority and television body, took action against Skynews after Monday’s Covid broadcast. Their statement states, “At this stage, we will wait to see how complaints are handled by the broadcaster under the co-regulatory system.”

Skynews defended themselves, saying, “…Expressly rejects” claims that any hosts ever denied the existence of Covid-19 and that “no such videos were ever published or removed. We support broad discussion and debate on a wide range of topics and perspectives, which is vital to any democracy.”

This isn’t the first incident where SkyNews had to remove a video. In an interview with Craig Kelly, they claimed vaccines are not helpful while saying the Delta variant is not dangerous. They later removed the video and issued an apology on their site.

Skynews’ YouTube channel has only continued to grow in the past few years. What started as 70,000 subscribers is now 1.85 million, which is higher than any other local media, including ABC. Skynews noted that the more extreme a video is on YouTube, the more popular it is. 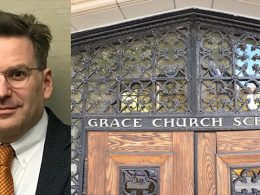 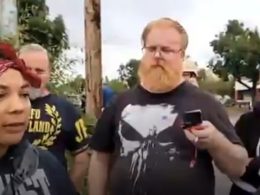 WATCH: Preacher’s Wife has had ENOUGH of ANTIFA and the Media’s Lies 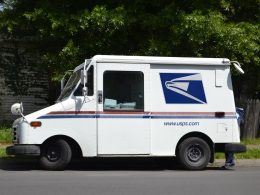 Residents in a Santa Monica, California neighborhood are dealing with a temporary halt in their mail services. Since… 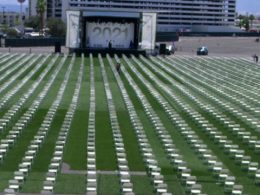 In June, a Florida couple, who lost their son to gun violence in 2018, took revenge when they…
Total
66
Share