Critical Race Theory and other “social justice” curriculum have become a hot topic in American, with parents rising up all over the nation to protest its addition into their children’s school.

Christopher Rufo, the leader of the charge against CRT, even said that his deep-blue Washington State school board unanimously voted to keep CRT out of their classrooms after the parent response was clear.

Rufo’s school board President David Olson said, “We have a lot of our people who are definitely adamant about this curriculum, especially as it was tied to the recently passed Senate Bill 5044 by the governor. A lot of parents were concerned that training teachers across the state could then creep down into the classroom. As their voices got louder and louder, our school board decided it was time to take action.”

I wasn't involved directly in this effort at all.

Parents have been making their voices heard at school board meetings, sign-waving for anti-CRT school board candidates, and promoting their message on social media.

Parents see that the social justice curriculum sold as “anti-racist” is the opposite as it promotes race exceptionalism and professional activism, among other racist ideologies.

A new report from Natalie Winters with the National Pulse claims to have found a connection between the rise of America’s hazardous social justice curriculum and the Chinese Communist Party.

The report stated: “An Asia Society effort – advised by several Chinese Communist Party-linked individuals – has partnered with schools across the U.S. to shape curricula and teaching faculty to become consistent with a “social justice” approach to education that encourages “teaching activism” in favor of left-wing causes such as “equity,” “globalism,” and “unraveling systemic racism.”

“Over the years, the Asia Society has endeavored to strengthen US-Asia exchanges and cooperation and promote China-US relations, and I wish to express to you my appreciation for all this,” said former President Hu Jintao, The People’s Republic of China.

According to the report, the Center for Global Education, with several Chinese Communist Party officials sitting on the board, has reached “4,000,000 students and 100,000 educators through various partnerships including dictating curricula and establishing schools alongside the Department of Education in states such as Ohio and Colorado.”

Highlighted in the report is Yu Lizhong, an advisory co-chair for the Center for Global Education. Lizhong is currently the Chancellor of New York University Shanghai and was the former president of two universities run by the Chinese Communist Party – East China Normal University and Shanghai Normal University.

The Center for Global Education published a curriculum guide called “Teaching for Global Competence in a Rapidly Changing World,” in which it says it will “prioritized education for global citizenship and global competence.”

The guide claims that a critical component of a “globally competent youth” is the ability to “take action for collective well-being and sustainable development both locally and globally.”

The Chinese Communist Party linked education center highlighted a 10-grade world literature teacher from Virginia, Patrick Morse. Morse identified that most of his students were Christian, and instead of bolstering the faith in his students, he sought to tear it down.

The guide said Morse sought out Islam and began teaching his class “about the basic tenets of Islam.” That wasn’t enough, “he wanted them to appreciate the idea that “faith is faith, no matter the religion.” He also wanted them to understand that people’s faith is often tested by their experiences,” the guide said. 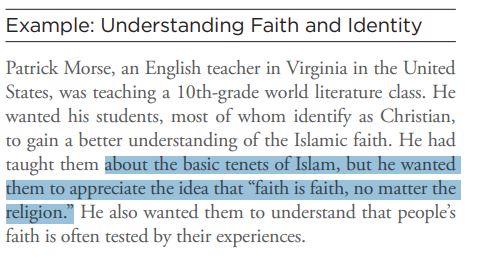 The Chinese Community Party-linked society isn’t just creating a “globalized” social justice curriculum we know harms children. It is opening up schools, including one in Houston, Texas, called Sharpstown International.

Parents must fight the Chinese Communist Party’s infiltration of our education system. Our students deserve better than a globalist social justice curriculum devoid of substance because math is now racist. Demand a patriotic, classical education. 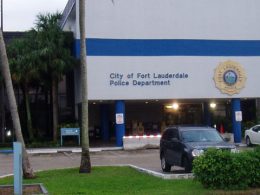 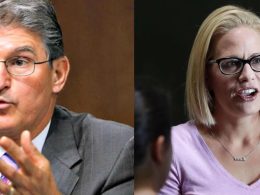 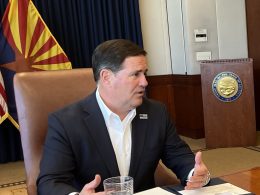 On Wednesday, Arizona Governor Doug Ducey signed a bill that requires voters to prove their citizenship to vote… 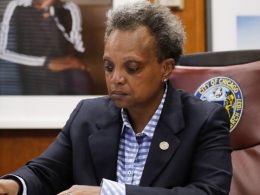 The wealthiest man in Chicago is relocating his $22 billion business out of Democrat Mayor Lori Lightfoot’s city.…
Total
138
Share