An armed security guard’s dashcam footage looked like it was the preview for the new James Bond film. A South African security van carrying cash was the subject of thieves looking for a big payday.

Sky News reports the “dramatic dashcam footage has shown the moment a van carrying cash in South Africa was bombarded with bullets as robbers opened fire.” The video begins slowly with the driver and his passenger crew member looking bored and ready to complete yet another uneventful day on the job when out of nowhere, the van started taking active fire.

It was clear the intent was to make the driver crash as the robbers aimed for the driver’s door window first. The window was riddled in spider web cracks as the robbers attempted to break through the bullet-proof glass.

As the driver and his crew member begin to get their weapons ready – they had what looked like an AR rifle and a handgun. The driver tells the passenger that “he’s coming after us” as he avoids a car chase while being shot at.

At one point, it seemed that the driver successfully navigated the pair out of the situation until the driver eerily said, “They’re going to shoot. They’re going to f***ing shoot.” Just then, more gunfire riddled the van as the driver continues to flee the life-or-death situation.

He hands the phone to his crew member, instructing him to “Phone Robbie, phone Josh. Ask them where they are.” The driver successfully immobilized two vehicles used in the attempted robbery.

SA Trucker reported that “Anti-Crime activist Yusuf Abramjee tweeted images of the aftermath which shows that van, a double cab Toyota Landcruiser without the windows shattered.” The driver and his crew member reportedly survived the attack, while “one person from another escort vehicle was fatally shot” by the robbers. 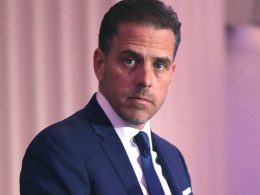 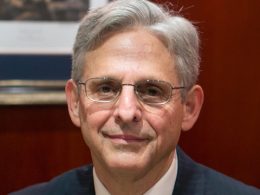 Biden promised to be a “President for All Americans” but has completely changed his stance. According to a… 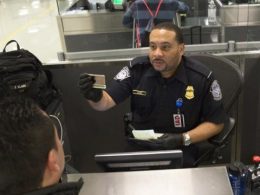