SpaceX Signs DoD Contracts to Deliver Weapons in Under an Hour

While Jeff Bezos is busy taking people on joy rides to space, Elon Musk has been plugging away at a new concept that will forever change how the world views travel — and war.

Musk’s SpaceX recently partnered with the Department of Defense to create a rocket capable of reaching 7,500mph and delivering weapons anywhere in the world in less than an hour. Exploration Architecture Corporation is also part of the project.

The rocket could transport up to 80 metric tons of cargo, the equivalent of about 10 adult elephants.

One would be able to make the 7,652-mile journey from Florida to Afghanistan in around 60 minutes, which could have made a significant difference in recent months. That is, assuming that those “in charge” would have been responsible with this kind power at the time.

General Stephen Lyons, the head of U.S. Transportation Command said during a virtual conference that SpaceX will assess the costs and technical challenges of the project; initial tests are expected to begin early next year.

“Think about moving the equivalent of a C-17 payload anywhere on the globe in less than an hour,” said General Lyons. “I can tell you SpaceX is moving very, very rapidly in this area. I’m really excited about the team that’s working with SpaceX.”

The United States currently employs C-17 Globemasters for military transport, costing $218 million each. It takes about 15 hours to make the same trip from Florida to Afghanistan, as top speed is a mere 590mph.

Musk has won out many government bids, including a $149 million contract to build missile-tracking satellites for the Pentagon earlier this month.

SpaceX also secured 40% of a billion-dollar agreement in August with the Department of Defense to launch new rockets for the Space Force.

The experimental military program, Rocket Cargo, will be led by the U.S. Space Force. Rocket Cargo will focus on research and developing capabilities such as landing “a rocket on a wide range of non-traditional materials and surfaces,” engineering “a rocket cargo bay and logistics for rapid loading and unloading” and air-dropping “cargo from the rocket after re-entry in order to service locations where a rocket or aircraft cannot possibly land.”

Musk has been passionate about utilizing high speed rockets to traverse earth, first floating the idea in September 2017 at the International Astronautical Congress in Australia.

He has already created the Falcon 9, a reusable rocket designed to carry 22 metric tons of cargo and land vertically in a controlled descent. Currently, SpaceX regularly delivers supplies for NASA to the International Space Station via Falcon rockets.

“Most of what people consider to be long-distance trips would be completed in less than half an hour,” Musk said during the meeting.

The Starship rocket he presented at the time is said to transport passengers from New York to Shanghai in 40 minutes, Los Angeles to Honolulu in 25 minutes and London to Dubai in exactly 29 minutes.

Though still a work in progress, several prototypes have been flown in low-altitude tests. SpaceX’s latest prototype, the Starship SN8, is expected to launch this month. 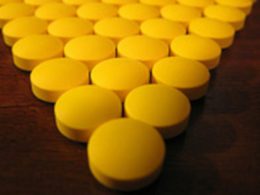 The United Kingdom became the first country to approve the Covid-19 antiviral tablet, which was developed by Merck… 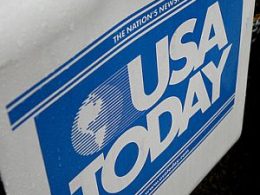 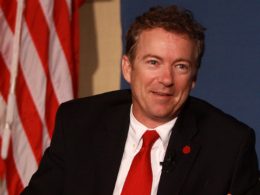 Sen. Rand Paul has another message for those who had Covid wondering if they also need to take… 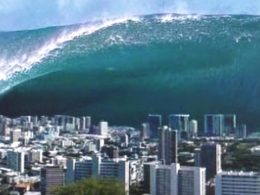 While half the world was sleeping, Alaskans near the southwest gulf left their homes and fled for their…
Total
0
Share