Although vaccines for COVID-19 create hope that life can return to a world without restrictions, reality may be far different in 2021.

A smartphone app may soon be required to travel, attend entertainment venues or even go back to the office, according to CNN Business, which said multiple companies and technology groups are seeking to create a “digital yellow card” that documents vaccinations.

The concept would help border officials, concert hall workers or even employers to know and be able to document the health status of people who say they have been vaccinated. But the idea also runs up against the privacy of health records.

Thomas Crampton, chief marketing and communications officer for The Commons Project, also noted that because each vaccine has differing levels of reported effectiveness, officials may not simply allow all vaccinated people to enter a venue or country.

The Common Trust Network, an initiative by The Commons Project supported in part by the World Economic Forum, is working with airlines including Cathay Pacific, JetBlue, Lufthansa, Swiss Airlines, United Airlines and Virgin Atlantic and various health systems to establish a digital health credential.

The group’s CommonPass app currently allows users to upload a coronavirus test result, and soon, proof of vaccination, which is then turned into a QR code that can be shown to officials without revealing personal health information. The app also shows users health pass requirements based on their travel plans.

IBM also has an app called Digital Health Pass, which allows gatekeepers to customize what they require for entry.

IBM noted in a blog post that technology is dealing with sensitive data.

“Trust and transparency remain paramount when developing a platform like a digital health passport, or any solution that handles sensitive personal information,” the company said. “Putting privacy first is an important priority for managing and analyzing data in response to these complex times.”

“Each person must give consent to release personal health data to be part of their health status,” the post explained. “For example, they could choose to share their thermal scans and vaccination records, and they can still withhold access to lab results.

“What they choose to share may impact the final health status. They also have control over which organizations can see their health status, which they can show from their health pass that is stored only in their digital wallet.”

Apps to assist in contact tracing failed to perform as hoped, said Jenny Wanger of the Linux Foundation Public Health.

This time, officials are aiming higher.

The Linux Foundation is working with IBM and CommonPass to create universal standards for vaccine credential apps.

“If we’re successful, you should be able to say: I’ve got a vaccine certificate on my phone that I got when I was vaccinated in one country, with a whole set of its own kind of health management practices … that I use to get on a plane to an entirely different country and then I presented in that new country a vaccination credential so I could go to that concert that was happening indoors for which attendance was limited to those who have demonstrated that they’ve had the vaccine,” said Brian Behlendorf, executive director of the Linux Foundation.

Behlendorf predicted apps will be “widely available” in the first six months of 2021.

“Rest assured, the nerds are on it,” he said. 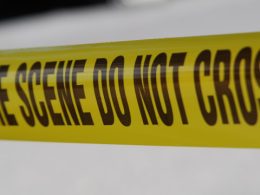 Several residents were shocked after discovering a 37-week-old pregnant woman from Richmond, Virginia, who waited for nearly one… 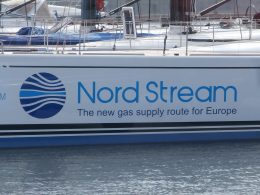 Explosions Rock Nord Stream 2 Pipeline, After Biden Promised to “Bring an End to It.”

After seismologists in Sweden determined the damage to the Nord Stream pipeline, which runs under the sea from Russia… 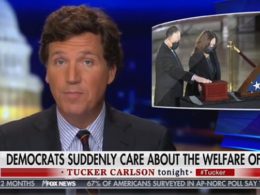 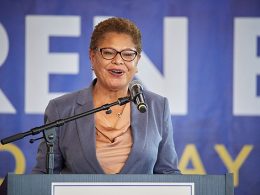