Terry McAuliffe is bleeding support for his Virginia governor’s race after a series of interviews and debates showcased his anti-parent views on the state’s education system. Loudon County’s public battle between the parents and the school board’s harmful policies sparked the nationwide debate about the appropriate level of parent involvement inside their children’s education. This discussion gave a path for McAuliffe’s Republican opponent Glenn Youngkin to stand a fighting chance.

A new Cygnal survey of over 800 likely Virginia voters shows Glenn Youngkin closing the gap and coming in at 48% in the polls. Cygnal CEO Brent Buchanan said the surprising revelation to come out of this poll is that “voters under the age of 55 are strongly for Republicans.”

Buchanan said, “71% of Independents view McAuliffe negatively, and more Democrats than Republicans are defecting to support the candidate of the other party.” The poll found that almost 10% of Democrat voters plan to vote across the aisle compared to just 2% of Republicans.

I asked a 30-something Virginia voter, who wishes to remain anonymous, who she was voting for in the Governor’s race. Her response reflects the swing in the polls.

“Youngkin. 100%. As a mother of four with one on the way, my family can’t afford to have a governor like McAuliffe in office. Our children’s education depends on a Governor willing to stand with parents.”

Chris Kratzer, also with Cygnal, said that Virginia might highlight issues for Democrats on the horizon. “The direction of Virginia could be a bellwether of things to come in 2022,” said Kratzer. “We’re seeing generic Republican support rise across much of our polling, while Biden’s image continues to plummet.”

According to the Cygnal poll among voters with a K-12 child support for Glenn Youngkin soars with 56% of the voters saying they will definitely or probably vote for Glenn Youngkin while only 39% of the voters saying they will vote for Terry McAuliffe. Traditionally K-12 parents vote slightly toward the Democrat side, but in Virginia, they are trending right. 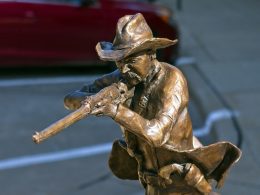 Even if conservatives and Republicans somehow gave Texas Republican Sen. John Cornyn a pass for joining Democrats on…

A proposal from Democratic Rep. Alexandria Ocasio-Cortez of New York to close a coal-fired power plant on Puerto… 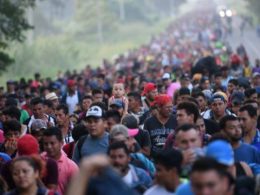 Biden Does Away With Trump’s “Remain in Mexico” Policy 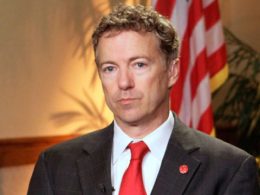