The Supreme Court recently decided that President Biden could halt a Trump administration initiative to limit immigration at the southern border. The court ruled in a 5-4 decision that the Biden administration could end Migrant Protection Protocols, better known as the “Remain in Mexico” program, which required that migrants requesting asylum at the southern border had to wait in Mexico while their cases were adjudicated. According to NBC News, Chief Justice John Roberts wrote in his majority opinion that a lower court went beyond its authority when it determined that the policy had to be maintained.

Roberts stated, “Under “the court of appeals’ interpretation a judge could force the executive to the bargaining table with Mexico, over a policy that both countries wish to terminate, and to supervise its continuing negotiations with Mexico to ensure that they are conducted ‘in good faith.’” Justices Brett Kavanaugh, Elena Kagan, Sonia Sotomayor, and Stephen Breyer joined Roberts. Justice Samuel Alito assailed border policy in a vehement dissent, claiming his colleagues were incorrect. Alito was joined by justices Clarence Thomas and Neil Gorsuch.

Justice Amy Coney Barrett expressed her disagreement with the court’s decision in a separate dissent, arguing that additional evidence was required before the case could be properly determined. Ken Paxton, the Texas attorney general who filed a lawsuit to prevent the restriction from being ended, described the decision as “unfortunate.” He stated, “Today’s decision makes the border crisis worse.” 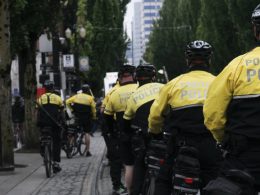 Many people warned the various blue cities across America that defund-the-police efforts were, at the very least, ill-advised… 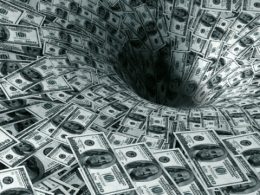 Johnson County, Iowa residents who have yet to receive a payment from the county’s direct assistance program, can… 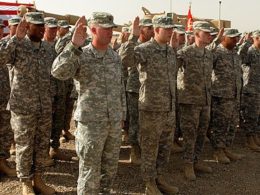 All branches of the military are having difficulty recruiting new members and filling their quotas. Two issues are… 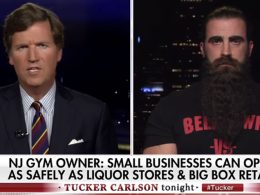 First, they arrested the owners of Atilis Gym in Bellmawr, New Jersey. Then they barricaded the doors to…
Total
1
Share