The Los Angeles Police Department released surveillance video of an attempted robbery on Monday evening that failed after the robbers’ target drew a gun and fired, wounding two men and sending another suspect fleeing the scene.

According to an LAPD news release, police are still searching for the attempted victim and witnesses as they try to put the pieces together.

The released video showed a man speaking with two women on the side of a street, while holding a shopping bag.

The LAPD release noted the attempted robbery took place at about 7:10 p.m. Monday near Melrose Avenue and Vista Street.

The video showed a car, identified as a Dodge Avenger, pull up next to the three people.

Two men got out of the car, and at least one of them had a gun visible as a brief conversation ensued.

The man holding the shopping bag set the bag down on the ground, pulled out a gun and fired it at the would-be robbers.

After the shots were fired, the two men on foot ran off, as did the women and the attempted victim, who left behind the shopping bag he had been holding. The car also sped away.

The LAPD release said that both men who confronted the attempted victim were arrested shortly after the gunfire broke out.

Nicholas Brown, 22, and Markell Hayes, 28, of Los Angeles were both booked for attempted robbery.

Both suspects are currently on parole, police said.

The release revealed each man had a leg wound when arrested, however, police said their wounds were not life-threatening.

Police are still on the lookout for the driver of the vehicle that sped off.

For months, law enforcement has been warning about rising crime in the area near where the attempted robbery took place.

There has been an increase in daytime armed robberies along the Melrose Corridor. The suspects follow victims from restaurants and stores in the area, wait for victims to walk to their vehicles & reach an isolated area, then attack them at gunpoint. See info below ⬇️ https://t.co/AVTahdfcwx

Crime has spiked in Los Angeles this year. Overall, murders in the city are up 25 percent, according to KTLA-TV. Killings have risen 50 percent in South Los Angeles. 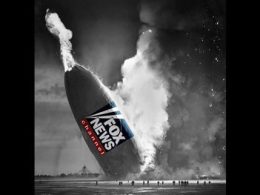 The new year has been anything but happy for Fox News. Ratings for the first two weeks of… 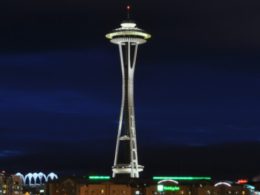 According to a recently released internal document, the Seattle Police Department’s deteriorating personnel issue has prompted the department… 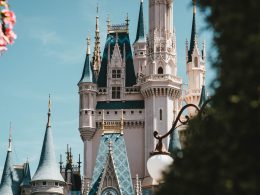 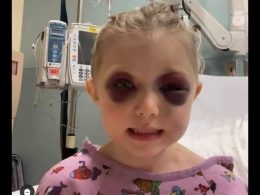 Kristen Ainsworth has been at Blackstone Equestrian in Parker, Texas, since she was just 6 years old. A…
Total
4
Share