The Plaintiff, Stacy Deemar, is accusing the defendants listed above of violating the 14th Amendment and Title VI of the Civil Rights Act of 1964 by consistently enforcing policies and training that discriminate against individuals because of their race.

According to the lawsuit, Stacy Deemar has been a teacher in District 65 since 2002, where she currently serves as a drama teacher. Her formal complaint, filed on June 17, 2019, to the United States Department of Education Office of Civil Rights (OCR), claimed that:

Just two days after Biden took office, OCR suspended the letter of finding. Deemar is claiming that her district is still violating her civil rights because of her race.

Stacy Deemar claims that the defendants began violating Title VI shortly after releasing its “five-year Strategic Plan” in 2015. According to the filing, the plan was “developed by [District 65’s] Research Accountability and Data Department.”

By 2017, Deemar says that District 65’s mission, to achieve racial and educational equity, was nothing more than racial discrimination. The lawsuit alleges that the district’s Student Handbook policy stated that it “is committed to focusing on race as one of the first visible indicators of identity.”

Deemar’s district released a “Racial and Educational Equity report” in 2017 that instructed that equity should be framed as competing with equality.

According to the lawsuit, the report says:

“Equity is about fairness, justice and individuals getting what they need and deserve in order to reach their full potential as opposed to equality, which is about sameness and treating everyone in exactly an identical manner regardless of their differences or unique situations.”

The report claims that District 65’s mission is “racial equity, not racial equality” and called for “district-wide employee Affinity Groups” – which the lawsuit claims “are groups segregated based on race or other characteristics.”

Deemar says that District 65, through its Beyond Diversity seminars, used materials from “Courageous Conversation” to teach educators how to “develop the understanding of whiteness.”

The material instructs that “White people tend to dominate conversation by setting the tone for how everyone must talk and which words should be used.”

“Through Courageous Conversation, District 65 boldly asserts that, ‘White educators who actively disengage from conversations about improving the achievement of students of color and indigenous students are racist – because anti-racism requires active challenges to institutional White racial power, presence, and privilege,’ ” the lawsuit states.

Deemar accuses District 65 of Segregating the staff based on race via “Racially Exclusive Affinity Groups.” One group, the Black Affinity Group of King Arts, sent a letter to all staff members claiming that black educators were disproportionately “directed” the “difficult” students, who the group claimed, “are often students of color.” The letter said, “And when we handle our class like champions, we watch some of our white colleagues get help handling a situation that we could have handled in 10 minutes … alone!”

Deemar claims the staff in District 65 were required to engage in training through Courageous Conversation, called “White Privilege: The Color Line Exercise.” That included “scenarios” that forced white educators to answer prompts to “challenge [their] self-identification in society” and score answers according to their skin color- “because of my race or color.”

According to the suit, during District 65’s 2020 BLM Week, the district claimed: 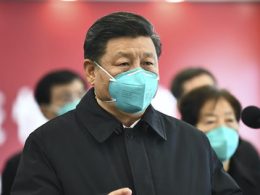 When the COVID-19 pandemic first arrived in the United States, “the largest biotech firm in the world wasted… 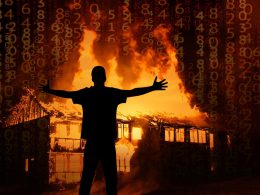 Speaker of the U.S. House of Representatives Nancy Pelosi will not condemn the hundreds of devastating riots, lasting… 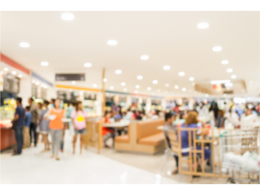 Police are currently investigating the details of a shooting that occurred at the Greenwood Park Mall in Greenwood,… 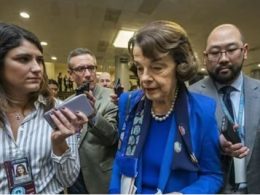